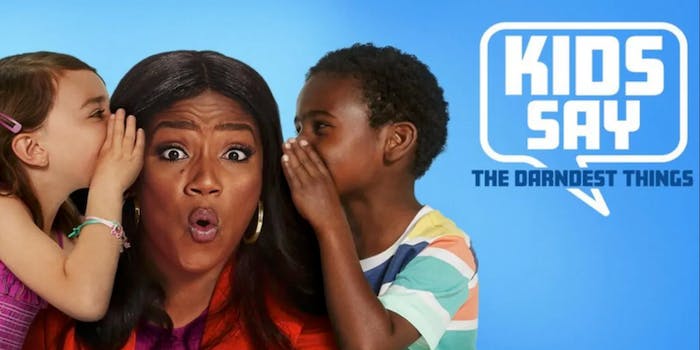 How to stream ‘Kids Say the Darndest Things’

With all the uncertainty in this world, there are still a few universal truths you can bank on. Death. Taxes. The best bagels are in New York. And perhaps most of all, the fact that Kids Say the Darndest Things.

This classic premise puts youngsters in the spotlight, asking them their perspective on everyday things. Occasionally, there are nuggets of truth in their precocious answers. But considering these kids still haven’t been broken down by the harsh realities of the world they live in, the ignorance of their youth renders plenty of laughs.

In its original run, it was hosted by that one guy. The comedian whose name I shan’t speak, less he appear. Its revival host is the irrepressible Tiffany Haddish.

Here’s everything you need to know to stream Kids Say the Darndest Things.

Where to watch Kids Say the Darndest Things

Kids Say the Darndest Things is available to stream on all services that have CBS. The most popular option is Hulu with Live TV.

TRY HULU WITH LIVE TV
Where to stream CBS