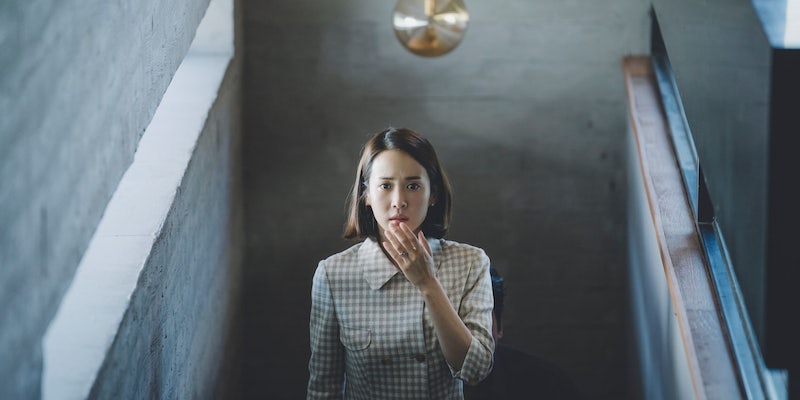 'I don't think foreign films should be nominated with the regular films.'

As a whirlwind awards season winds down, we’re more than curious about the mindset of the Academy voters, which is largely made possible through several publications that offer Oscar voters complete anonymity to speak freely about their ballot. Those anonymous ballots can often be both insightful and infuriating.

Sometimes, it’s a matter of taste; for example, the Oscar voter loved a movie you despised. But other times, such as the case of a voter this year whose justification on why Parasite shouldn’t be a best picture nominee has led to outrage, those anonymous ballots can be downright offensive.

This particular ballot arrives courtesy of the Hollywood Reporter’s Brutally Honest Oscar Ballot, which is credited to a female member of the actors’ branch, which is the largest voting branch in the Academy. And throughout, this voter’s choices (and reasons for making them) have a few recurring themes. She really didn’t like Marriage Story or Little Women; she found The Irishman to be boring while she loved Once Upon a Time… In Hollywood; she expressed annoyance at non-American actors playing American roles, as is the case with several of the acting Oscar nominees (and most of Little Women’s primary cast); and she viewed the Oscars as an American awards show.

But some of the most egregious reasoning for her ballot come courtesy of Parasite. She offered some praise, but she ultimately didn’t see why the film was even a best picture nominee.

“Parasite is beautifully done, but it didn’t hold up the second time, and I don’t think foreign films should be nominated with the regular films,” she said.

She would eventually rank Parasite fourth out of the nine best picture nominees, an award that uses a preferential ballot to determine the winner.

The Oscar voter later emphasized the idea of the Oscars as a strictly American awards show after choosing Quentin Tarantino for OUATIH over Sam Mendes (who is British) for 1917 in the directing category.

The anonymous Oscar voter was immediately called out for “racism” toward the South Korean film.

"Parasite is beautifully done, but…I don't think foreign films should be nominated with the regular films." THIS IS HORSESHIT. The Academy is supposed to celebrate and elevate great filmmaking and filmmakers, not push ulterior racist agendas via voting https://t.co/OeAWBvNw1a

Well, this is certainly a repulsive and instructive comment about “Parasite” from an anonymous Academy member: “I don't think foreign films should be nominated with the regular films.” https://t.co/1V6xJPBX0Y

"i don't think foreign films should be nominated with regular films" pic.twitter.com/3eFSL9QaqM

"regular films" i cant believe people this stupid are allowed to vote in the academy pic.twitter.com/GhmGpjB7kO

"Parasite is beautifully done, but…I don't think foreign films should be nominated with the regular films." Sorry to break it to you, anonymous Academy voter but 1917 is also a foreign film. Sigh. https://t.co/dnZEZrP9PI

“The regular films” if this ain’t proof that Americans really do believe they’re the center of the universe lmao get off your high horse i’m so tired https://t.co/DLcplRSlb7

This Academy voter’s ballot is an example of just how much of an uphill climb Parasite might have in order to win best picture, as well as some of the bias that still exists against foreign-language films. Some Oscar voters haven’t watched Parasite yet because they “don’t want to deal with subtitles.” There may be some resistance to giving a film that isn’t in English or others who believe that giving Parasite the Oscar for international film—which it is heavily favored to win—should be enough.

Parasite is only the 11th non-English film to receive a best picture nomination, and if it wins Oscar’s top award on Sunday, it would make history. A foreign-language film has never won best picture. The vast majority of the anonymous voters surveyed on their Oscar ballots at publications like Entertainment Weekly, Indiewire, the Los Angeles Times, and NextBestPicture are putting the film as their top choice. Along with 1917, Parasite is considered a front-runner for best picture.

And if the standing ovation that the Parasite cast received at the Screen Actors Guild Awards when they introduced the film and later won for ensemble cast is any indication, this Oscar voter’s opinion might be one that’s very much in the minority.