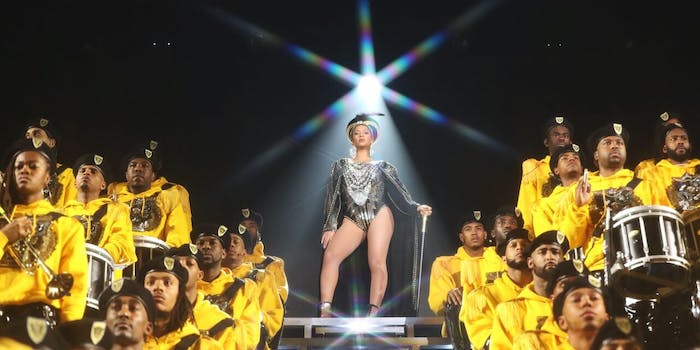 Netflix debuts curated collection of titles about the ‘Black experience’

Dozens of titles are available to stream in the new collection.

The collection, titled “More than a Moment,” gives subscribers a centralized location to find anti-racist narratives, stories about racial injustice, and movies made by Black filmmakers a centralized location. The list, which is a mix of Netflix titles such as 13th, American Son, When They See Us, Homecoming, and Orange Is the New Black, and more traditional TV and film releases such as Pose, Malcolm X, and Moonlight. Da 5 Bloods, Spike Lee’s newest film, is set to join the collection when it’s released on Netflix this Friday.

“When we say ‘Black Lives Matter,’ we also mean ‘Black storytelling matters,’” Netflix stated on Twitter. “With an understanding that our commitment to true, systemic change will take time—we’re starting by highlighting powerful and complex narratives about the Black experience.”

Noticeably, The Help—which received renewed criticism over the past week for its white savior complex narrative as it shot up to the top of Netflix’s most-watched chart—is not included on the list.

Over the past couple of weeks, people have been trying to educate themselves with anti-racist movies and expanding their viewing libraries, and Netflix’s new collection, which covers beyond the scope of educational or purely anti-racist narratives, is one way to make that even easier for viewers.

Outside of Netflix, both studios and other streaming services are aiding them by making several titles available for free. The Criterion Channel took down its paywall on several movies that are from Black filmmakers or are about Black experiences and Shudder made a documentary on Black horror free without a subscription or log in. And films like Selma, Just Mercy, and The Hate U Give are now free to rent.