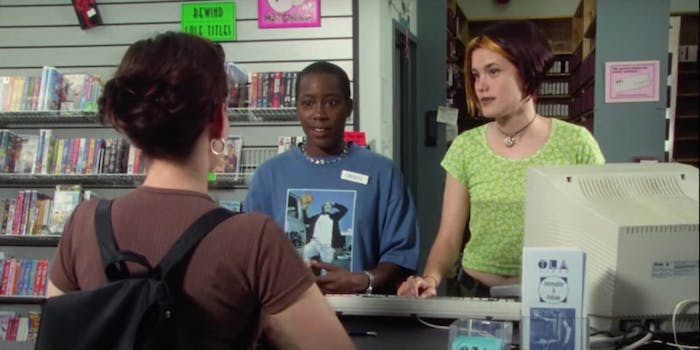 'The Watermelon Woman' by Cheryl Dunye screengrab via YouTube

It's only part of Criterion's response to fighting systemic racism.

The Criterion Channel, the streaming service that’s home to an extensive collection of older and classic films, is lifting the paywall for many of the movies made by Black filmmakers, as part of the Criterion’s larger push in supporting Black voices.

In a joint letter from Peter Becker and Jonathan Turell sent out to newsletter subscribers (and posted to Criterion’s Twitter), they emphasized that it supported the Black Lives Matter movement and the anti-racist and anti-police brutality protests that have emerged over the past week.

Black Lives Matter. The anguish and fury unleashed all across the country are rooted in centuries of dehumanization and death. This pattern must stop. We support the protesters who have taken to the streets to demand justice, and we share their hopes. We are committed to fighting systemic racism.

We’ve met as a company and a community to talk openly about the work we need to do to build a better, more equitable, more diverse Criterion, beginning with education and training for our ownership and our staff. We are also committed to examining the role we play in the idea of canon formation, whose voices get elevated, and who gets to decide what stories get told.

Criterion’s efforts to combat systemic racism come on multiple levels. It plans to look within itself as to what films become part of the Criterion Collection (which encompasses classic films, blockbusters, hidden gems, and cult films alike) and are given the prestige treatment for Blu-ray and DVD releases. It pledges to donate $25,000 to organizations combatting racism in the U.S. with a monthly $5,000 donation.

But on the streaming front, it’s opening its service up by highlighting and making many of its movies, documentaries, and shorts that “focus on Black Lives” free to stream; you don’t even need to sign up for the Criterion Channel to start watching. Some of the filmmakers getting the spotlight include Oscar Micheaux, Julie Dash, Cheryl Dunye, Maya Angelou, Kathleen Collins, Khalik Allah, and Leilah Weinraub.

Many classic films are already notoriously hard to track down, and the Criterion Channel is one of the more niche streaming platforms. By removing the paywall, the Criterion Collection removes a barrier of entry to many of these films while showcasing that Black filmmakers have always made their mark on cinema.

You can read the Criterion Collection’s full letter here.