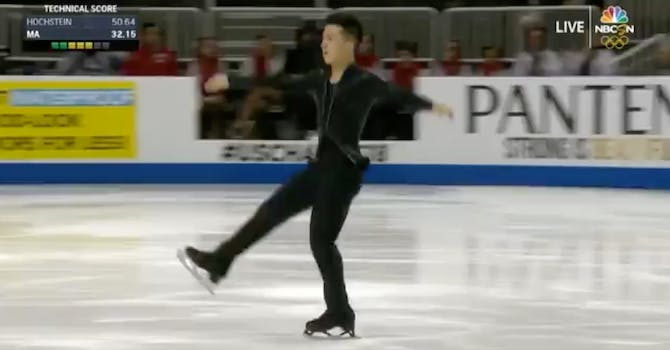 Figure skater performs to ‘Turn Down for What,’ wins internet’s heart

Jimmy Ma made Olympic figure skating history Thursday when he performed a routine to “Turn Down for What” by DJ Snake and Lil Jon.

The figure skater chose the song for the 2018 U.S. Figure Skating Championship, ramping up enthusiasm from the audience and even the announcers. It’s the first year of the Winter Olympics that figure skaters are allowed to perform to music with lyrics.

Section 121 is rocking out to Jimmy Ma’s music pic.twitter.com/6gyIn0u0zq

“Figure skating is an extreme sport,” Ma told USA TODAY Sports. “I want the most amount of people to see that it is both an awesome art form and also an awesome sport. The whole point was to get people hyped. Get older people hyped and for younger people to think it is cool.”

The internet, too, went wild with approval.

Ma only took 11th place in the competition, but he should get gold for his turn-up.