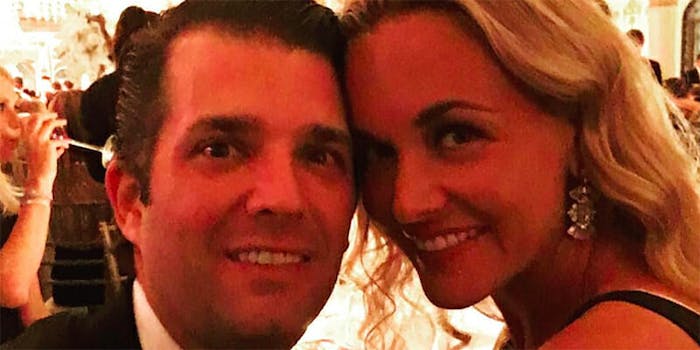 They have been married since 2005.

Rumors circulated on Wednesday that the high-profile couple—the eldest son of President Donald Trump and his daughter-in-law—would split. On Thursday, Vanessa Trump filed for an uncontested proceeding with the Manhattan Supreme Court, Page Six reported.

Page Six also reported that the couple had problems in their marriage due in part to his traveling for work as a top executive in the Trump Organization. Sources also cited a February incident where Vanessa Trump, a former model, received a threatening letter in an envelope with white powder. Although the powder was later found to be non-hazardous, she was taken to the hospital as a precaution.