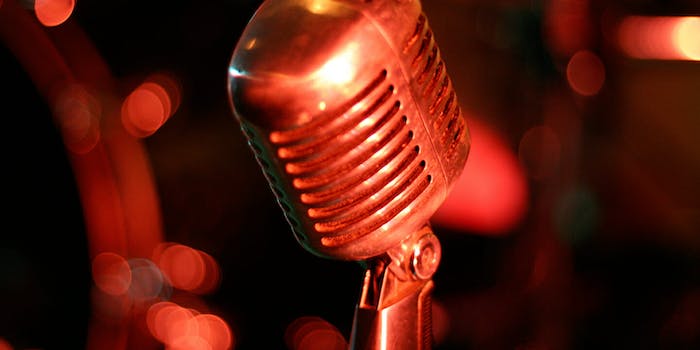 10 true-crime podcasts for your inner sleuth

The best series that try to understand the unfathomable.

Despite the rise in popularity of the true-crime genre, many people still dismiss it as wallowing in the gruesome misfortunes of others. At its heart, true crime is about trying to understand the unfathomable. How did they commit this murder? Why was this person in the wrong place at the wrong time? How could the investigation be handled so poorly? Whether planned or just a convergence of coincidence, crime stories get at the rawest human emotions.

One look at the iTunes charts reveals a nearly insatiable appetite for true-crime stories. There is something for everyone, no matter your taste. Want stories of teenage love gone awry? Check out season 1 of Serial. Just kidding. Everyone already knows the story of Adnan and has their theory about his guilt or innocence.

If you’re into amateur sleuths, well, there’s a whole slew of filmmakers turned podcasters waiting to share their story with you. After combing over the evidence we’ve come back with our favorite true-crime podcasts. They range from the obvious and immensely popular (seriously, listen to S-Town already if you haven’t) to the boutique (no, no, you want The Vanished Podcast, not Vanished) to the funny (jokes help the death go down a little easier). Give them a listen, but just make sure to stay aware of your surroundings and pay attention to the details.

All podcasts are available on iTunes and Stitcher.

This is the best true-crime podcast I’ve listened to. It covers the missing child case of Jacob Wetterling, from St. Joseph, Minnesota. Jacob was abducted in October 1989 and his disappearance remained unsolved until fall 2016. The case is best known for being the crime that led to the law requiring sex offenders to register as such. The story and podcast was researched and hosted by reporter Madeleine Bartan. The story will break your heart and infuriate you in equal measure, but it is essential listening. As much as the podcast is specifically about Jacob, it’s also about the shortcomings of the people and policies that failed to protect Jacob and failed to find the truth for nearly three decades. In summing up the story, Baran says something that has stuck with me and always will: “there are no perfect crimes, there are only failed investigations.”

Backed by a rollicking soundtrack and slick production, Crimetown tells the story of Providence, Rhode Island. The premise of the show is to pick one city per season and exhaustively cover its criminal history. The main players in this first season are Mayor Buddy Cianci and the Patriarca crime family. The show covers so much more and spans decades. Hosts Marc Smerling and Zac Stuart-Pontier had incredible access to many of the story’s most important figures, and Crimetown is as entertaining as it is well reported.

3) You Must Remember This (“Charles Manson’s Hollywood” series, episodes 44-55)

Karina Longworth’s podcast focuses on stories from Hollywood’s past and serves a great history lesson. While the show isn’t technically true crime, it dabbles with the subject. She dedicated 12 episodes to a series called “Charles Manson’s Hollywood.” It charts Manson’s life from childhood through his musical aspirations and, ultimately, the Manson family murders and trial. It’s horrifying and astonishing.

Mystery Show is the equivalent of an audio hug. It’s not true crime per se, but it does feature an amateur sleuth looking for answers where others had failed. Each episode is expertly crafted for maximum impact and host Starlee Kine is as good a host as you’ll find (she also helped out on S-Town). Like so many cult favorites before, Mystery Show’s run is much shorter than it deserves to be. At a scant six episodes, the show covers a disappearing video store, Britney Spears, a long lost belt buckle, and actor Jake Gyllenhaal’s height. Mystery Show is many things, but above all it is fun and emotionally satisfying.

I have a love-hate relationship with Up and Vanished, but for whatever its faults, it deserves much credit for what it has helped accomplish. Filmmaker turned podcaster and investigator Payne Lindsey began the show to investigate the 2005 disappearance of Georgia beauty queen and high school teacher Tara Grinstead. Over 11 years the case file grew to be the largest in the state’s history with authorities unable to arrest a suspect. The podcast helped spark renewed interest in the case and the show morphed into a running commentary and real-time reporting show as a suspect in Tara’s disappearance and death was taken into custody in February. The episodes immediately following the arrest saw the show hit a rut as it mostly spun its wheels while everyone waited for more information. The show also featured a little too much self-adulation for the host. Lindsey certainly deserves credit for his role in the case, but the self-congratulatory tinge the show took on became a turnoff. Still, it’s worth listening to the first 13 episodes.

If you prefer your true crime doled in easily digestible portions, Casefile True Crime has what you need. The show’s mission statement, as laid out in the iTunes description, says it all, “we cover the shocking, the terrifying, the strange, and the unsolved.” Most episodes cover one case, and they come from all over the world. The show’s anonymous host presents each case in a stripped down, no frills way that has the effect of driving home the true horror at the heart of each case.

The Vanished Podcast specializes in cases of missing persons, as you can intuit from the title. The show tells the stories of people who have disappeared, either on their own accord or, more often than not, at the hand of someone else. It isn’t easy to hear, especially when the show covers missing children. Like the best true-crime podcasts, the frustration of the unknown gives The Vanished Podcast its hook and drive. Host Marissa Jones lays out the facts of each case and conducts interviews with people still looking for the missing people.

Easily the biggest podcast hit of 2017, S-Town is as thoroughly reported as you would expect from the This American Life and Serial family. If you’re into true-crime stories, you’ve certainly listened (and listened again) to the story of the enigmatic John B. McLemore, he of the titular S-Town. The story starts off with suspicions of murder and systemic police corruption and ends in a place that’s stunningly humane. Host Brian Reed started work on the story in 2012 and boils down years of material in a tightly packaged seven-episode run.

This is one of the gold standards of the genre. Host Phoebe Judge looks at each case via unique angles. The stories range from the unthinkable to the perplexing to the just plain curious. Unlike most true crime podcasts, you never know what you’re going to get when you start a Criminal episode. That uncertainty, plus the level of quality associated with Judge’s work, makes each episode memorable and worthy of your time.

If you like your tales of murder to come with a laugh, My Favorite Murder is for you. Hosted by comedians Georgia Hardstock and Karen Kilgariff, the show is more conversational than procedural. The duo discusses stories in the same way you would with friends. They’re not out to solve the crimes, and they are comedians, so the jokes fly around as often as gruesome details. You can hear the fascination in their voices, and it helps bring a lighter tone to a genre that’s often stuck in darkness. Hardstock and Kilgariff interact with their listeners more than most true-crime podcasts, through listener submissions and a run of live episodes.