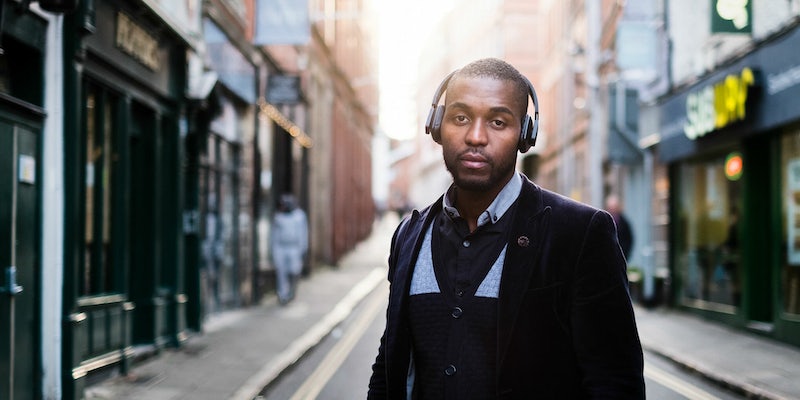 Unlock the music library of your dreams.

One of the areas Android has an advantage over Apple is its expandable memory. Most Android devices have a microSD port, giving you gigabytes of memory over what comes built into your device. Meanwhile, Apple is still selling 16GB phones with no expansion ports. That extra data makes Android the ideal smartphone for music lovers: You don’t have to choose between storing albums on your phone or keeping an app.

This data freedom has helped fuel a storm of great music media player apps in the Android marketplace, with options ranging from simple players to complex systems that let you customize your perfect sound. Here are the best music players for Android, including a few streaming options for users who don’t already have large music collections on their computers.

The best music player for Android

In the streaming music landscape, no one does it better than Spotify. Its interface is intuitive and easy to use, with the best-curated playlists in the industry. Mobile users can now access podcasts directly from the app. If you’re streaming over your data plan, you can lower audio quality to use less data, but ultimately you won’t need to because of its best feature: offline listening. Spotify Premium subscribers can download albums off the service for offline listening, meaning you can listen to your favorite Kendrick Lamar album over and over without eating up all of your data. Free listeners are limited to shuffle play of artists and albums, with ads in-between songs. But only paying $9.99 a month to be able to download almost every song ever written onto your device? That’s a deal that’s almost too good to believe.

There are two great steaming options for Android users, and one of them comes right from Google. Google Play Music combines access to an almost unlimited library of streaming music, with the ability to stream up to 50,000 of your songs without taking up space on your phone. As music listeners increasingly move away from large digital libraries of music and into the streaming landscape, Google Play Music is a great compromise. Its flash design is bright and colorful, with big buttons to navigate through each menu. While Google Play Music’s curated playlists aren’t quite as robust and diverse as Spotify’s, they’re still useful for discovering new music. Worth noting: Uour subscription does include a free YouTube Red account.

Pulsar has many of the same features as other music players for Android, including a built in tag-editor and gapless playback. Those apps, however, don’t have Pulsar’s gorgeous and incredibly useful library view, which lets you explore your music by album, artist, genre, or folder through a lovely interface. Bonuses like downloading missing album art are nice, but if you’re navigating a complicated library, it’s the organizational features that will attract you most to this app.

The N7player isn’t for everyone, but a particular subset of music fans will fall in love with it immediately. Its user interface shows you your music as a collage of tags, with larger tags representing the music you listen to the most. You navigate through its menus with gestures, zooming in on the genres or artists you want to experience. This is a matter of form over function, but N7player provides a legitimately unique browsing experience, especially if you have a vast and diverse library of content. A 10-band equalizer, environmental effects, and surround sound virtualization help you get the most out of your files, ensuring that N7player isn’t merely a gimmick.

If you still have a massive library of digital files and want to use your Android as an iPod, Pi Music Player is a sweet option. Extensive library management tools make finding exactly what you want a breeze, and 3D-reverb effects and the five-band equalizer can help get your levels right no matter what kind of earbuds you’re listening with. Where Pi shines, however, is its ringtone cutter, which lets you quickly grab clips from your favorite songs for ringtones without having to buy the tracks somewhere else. The free version of this app is ad-supported, but if those drive you crazy, you can pay a small fee to have them removed and get a few extra themes.

This longtime Android favorite has built a loyal following for a reason. Stuffed full of audio enhancement options, including 32 equalizer presets, jetAudio HD helps make your music sound incredible. Its useful widget lets you navigate your tunes from your home screen without launching the app. Heck, you can even play MIDI files on it. JjetAudio offers a great mix of easy-to-use interface and powerful customization. There isn’t much difference between the paid and free versions of the app beyond ads and a few themes.

Do you listen to more than just music on your phone? Media Monkey is for you. From albums to audiobooks and podcasts, Media Monkey is ready to handle every kind of audio file you can toss its way. Beyond its specific organizational gifts, Media Monkey also lets users sync their music collection from their computer to their phone over Wi-Fi, saving you time in front of the monitor when you want to add to files to your device. Set-up can be a little frustrating, but once you have it working, Wi-Fi sync is a godsend.

Apple has come to Android, bringing its Apple Music service to the broader market. While Apple’s streaming is basically the same as Spotify and Google Play Music, it does have one killer feature that is worth considering for music fans: Beats One Radio is easily the best online radio service around at the moment, with buckets of exclusive content and shows for listeners. Rap fans, in particular, will want to give Beats One a serious look, with stations like Drake’s OVO Sound dropping exclusives regularly.

Looking for a minimalist music player? Phonograph would like your business. With a bright and colorful flat design that isn’t cluttered with menus, Phonograph is easy on the eyes. Once you open its menus, you’ll find features like tag editing and playlist management, but it isn’t consistently putting buttons all over the screen. One of the details we particularly liked was the app’s color scheme changing to match the art of whatever you’re listening to. Phonograph puts your music and album art first, with great sound to boot.

Shuttle uses the same card style interface as Google Play Music, but this lightweight player is designed just to handle your collection. It supports gapless playback, album art downloads for your records, a sleep timer, and Last.fm scrobbling. The simple interface is easy to understand whether you’re a vet or a smartphone noobie, with the lock screen and notification center controls so you don’t even have to pull up the app to skip songs. The upgraded Shuttle+, a steal at just $0.99, adds tag editing and Chromecast support. Support the developers if you user Shuttle, and throw down the dollar to help keep them in noodles.