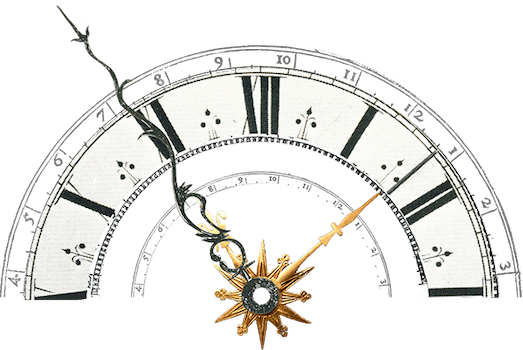 Is ‘S-Town’ the brilliant sequel ‘Serial’ fans have been waiting for?

Is time a gift or a prison? Or both?

Ever since the first season of Serial came to a close, fans have waited with bated breath for a follow-up that would match the thrilling and innovative storytelling of the original. Season 2 of Serial disappointed listeners. So when S-Town, the new podcast from This American Life and Serial producers released all seven episodes last Tuesday, longtime fans were eager to debate and compare its merits. Is S-Town the thrilling follow-up we’ve been waiting for?

The answer is no. S-Town is not what we’ve been waiting for. But it might be just the thing we need.

S-Town tells a story that is rich with texture and heavy with tension. A fast-talking, cynical Southerner named John B. McLemore contacts This American Life producer Brian Reed. McLemore is a fan of Reed’s work and he asks him to investigate an alleged murder cover-up in his small Alabama town. Reed is skeptical at first, but McLemore is a riveting storyteller and an intriguing character. He’s so engaging that Reed finally agrees to visit the town that McLemore refers to exclusively as “Shittown” to see what he can find out. But whereas Reed thought he was in town to investigate a murder, he becomes fascinated with the many layers of McLemore himself. Who is this man? And why has he brought Reed to a town he professes to hate while refusing to leave?

S-Town offers listeners plenty of mystery. But it is nothing like its true crime predecessor. True crime favorites like Serial and The Jinx are undeniably gorgeous feats of storytelling. But they also rely heavily on the erasure of a person to tell their stories. The women at the center of the crimes that fuel these stories have become little more than footnotes, leaving many listeners with lingering ethical questions and an uncomfortable aftertaste.

As Aja Romano points out at Vox, S-Town is not without its own ethical dilemmas. How much of a life do we share? And who determines when and how intimate details are revealed? What right do we have to tinker with the gears and moving parts of a life in the name of storytelling?

But, unlike Serial and The Jinx, S-Town reduces no one. Reed excavates each person he encounters with exacting precision. He mines the citizens of S-Town for depth, and each emerges dynamic and multifaceted.

A pair of vulturous cousins who arrive in S-Town seeking gold are discovered to be a pair of aging sweethearts. Reed grows fond of the couple and it’s hard not to empathize when the wife, Rita, expresses dismay at not knowing whom she can trust. Which is why it’s all the more shocking when Reed reveals that she’s willing to mutilate a corpse if it means getting what she thinks is her due. A young criminal named Tyler is a tenderhearted father to young girls and a grief-stricken friend. He’s also prone to unsavory thoughts of violent revenge and commits theft and forgery without batting an eyelash. There’s a grandmother who listens to Andrea Bocelli to soothe her own fits of rage and to ward off contact from bothersome family members. She chuckles as she recounts the deep pain of not knowing whether, when it comes to wayward children, more love or more scolding is in order.

And then, of course, there is McLemore himself. A man as intricate as the antique clocks he painstakingly repairs, McLemore is deeply cynical and pessimistic. And yet, as much as he appears to take pleasure in long tirades against his town and its inhabitants, he is also disarmingly thoughtful and caring. Reed learns when he investigates the man further that McLemore is, above all, a man obsessed with making use of time and resources, with living a life of meaning and value in a world that has, in his eyes—for lack of better terms—gone to shit.

It would be easy to write McLemore off as unhinged and unworthy of further inspection. In the hands of another storyteller, McLemore might become a caricature—a liberal, Queer, self-loathing Southerner who loves to rant for ranting’s sake. But Reed uses his investigative reporting to look past the surface of McLemore and the many people who bear witness to his life in Shittown. The result is a story that is deeply humanizing.

The first episode of S-Town begins with a reflection on the challenges of repairing antique clocks. Reed explains that these old, handmade clocks contain “hundreds of tiny individual pieces, each of which needs to interact with the others precisely. To make the job even trickier you often can’t tell what’s been done to a clock over hundreds of years. Maybe there’s damage that was never fixed, or fixed badly.” Horologists rely on “witness marks,” dents or discolorations that show what the original clockmaker had in mind when he created the piece. Just as they might set about piecing back together an old clock, Reed attempts to sort out the parts that make up McLemore.

In his opening reflection Reed concludes, “I’m told fixing an old clock can be maddening. You’re constantly wondering if you just spent hours going down a path that will likely take you nowhere and all you’ve got are these vague witness marks which might not even mean what you think they mean. So, at every moment along the way you have to decide if you’re wasting your time, or not.” It’s an apt metaphor for the journey he’s about to take—the same one listeners of the podcast will embark on alongside him.

By the end of the podcast, I found myself deeply moved by the portrait Reed succeeds in painting, not just of McLemore, but of time itself and the ways we choose to spend it. By looking at life through McLemore’s eyes we come to realize that time is both vulgar and precious. Time can be gift. It can also be a prison. Perhaps it is both. Or, perhaps, this story suggests, it is up to us to choose.

S-Town is available on iTunes, Stitcher, and RadioPublic.