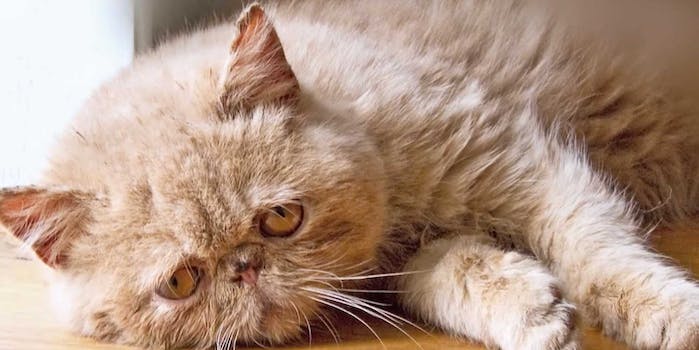 Cats sure have a hard life. The authorities (a.k.a. humans) are a nasty bunch who normally dish out cruel and unusual punishment such as keeping the food bowl half-full, using only one hand for petting, and locking them outside the bedroom at night.

It’s a vocal smackdown…of compliments? Our mothers are normally the subject of terrible “yo mama” jokes amongst friends, but let’s shower them with love and nice things instead this Mother’s Day.

We’ve had our share of interesting interview subjects over the past couple years, but once you auto tune the sound bites the next logical step is to mash them together into one giant interview with just the right amount of sass.

A couple of friends went through 10 years of explosions, bangs, crashes, bangs, and experiments to create a fitting tribute to the show that even the Mythbusters guys can appreciate.

If you need help to impress women even after getting some advice from a 10-year-old, try some music. A simple acoustic guitar won’t do it. If you take a cue from cdza, you’ll need your own portable band complete with an accordion, cello, and brass section.