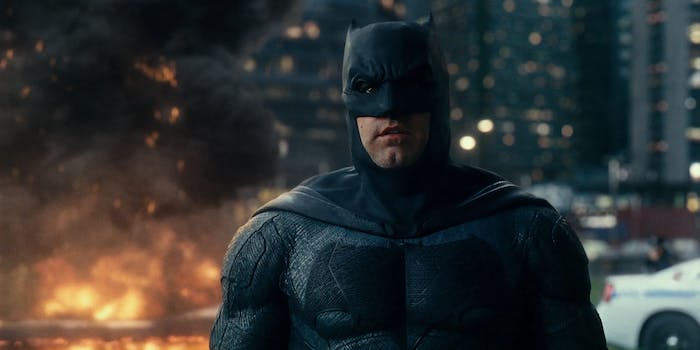 Some people saw part of the film while trying to watch 'Tom & Jerry.'

Zack Snyder’s Justice League is the most hotly anticipated movie on the HBO Max platform, so it’s pretty darn awkward for it to leak a week before its release.

Fortunately for HBO Max, there doesn’t seem to be a piracy issue here. But some people did report seeing part of the film when they tried to stream the new live-action Tom & Jerry on Monday night.

The issue was first reported by Twitter user @ThenDougSaid, who shared a screenshot from one of the film’s opening scenes. The image itself has now been deleted due to a DMCA takedown notice, but the glitch was later confirmed by Hollywood Reporter writer Ryan Parker.

Thanks to the Snyder Cut’s extensive Twitter fandom, people flocked to HBO Max to try the Tom & Jerry trick—mostly without success, although a few people did seem to manage it. The Snyder Cut is scheduled to come out on March 18, with an online premiere on March 15, so this is a rather embarrassing gaffe for Warner Bros.’ $70 million update to Justice League.

Conspiracy theories are already spreading about Warner Bros. attempting to “sabotage” the film (why?) by leaking it early, but let’s be real here, this glitch was probably just human error.

Speaking to Variety, an HBO Max spokesperson said, “Zack Snyder’s Justice League was temporarily available on HBO Max and the error was addressed within minutes.” No one managed to watch the film all the way through, although one person did claim to see about two hours before it cut out.

This is the first major leak of this type for HBO Max, the platform where Warner Bros. will release a slate of high-profile blockbusters over the coming year.