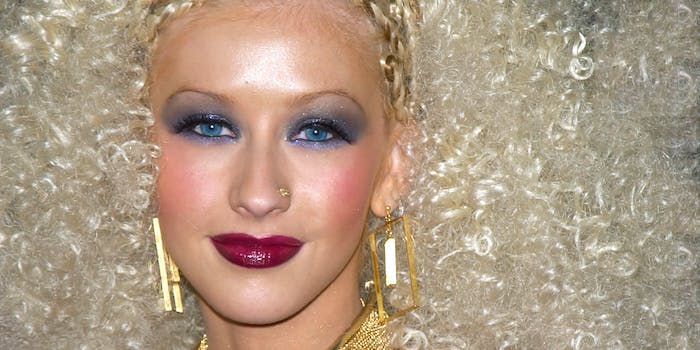 ‘We really wore every accessory at the same time’: TikToker reminds us about the darker side of Y2K fashion

It's not just crop tops and low-rise jeans.

What’s old is eventually new again, so it’s not much of a surprise that the fashion of the early 2000s is finally having its moment in the limelight. But amid the highs of Y2K fashion are, as one TikToker highlighted, the era’s many, many questionable lows.

The fact that bad fashion choices exist within a specific fashion era isn’t exactly a new thing; you could just as easily comb through the ’60s, ’70s, and ’80s and find just as many faux pas. But in recent months, thanks to both TikTok and Gen Z, the nostalgia for Y2K and early aughts is strong. You don’t have to go far to find people making rings out of beads, wearing crop tops, listening to everything from old Avril Lavigne and Lily Allen, and breaking out the low-rise jeans. (Zendaya even wore a Versace dress to the BET Awards that Beyoncé once wore back in 2003.)

But with the good comes the bad, and as Carly Aquilino put it in a recent TikTok video, you’ve got to acknowledge the bad too.

Aquilino has plenty of gripes about the terrible fashion of Y2K, and in two separate videos, she points out several trends that haven’t aged well—and that celebrities like Kim Kardashian, Hilary Duff, Lindsay Lohan, Christina Aguilera, Miley Cyrus, and Christina Milian wore while out in public. She really took issue with the wide belts people wore over their stomachs for no apparent reason.

“This was the style in Y2K,” she says, pointing to a photo of Kardashian wearing a fedora. “This was—we need to stop acting like it was not this.” She immediately followed that rant up by noting that maybe we were better off wearing hats because the alternative was having long hair tied back in a bump at the top with smaller pieces (highlighted, of course) just hanging out.

In a follow-up video, Aquilino rails on more bad but memorable Y2K trends including layering, mesh tops, and our continuing obsession with belts.

“This belt was the backbone of our society for years,” she said of a wide and circular belt once worn by Hayden Panettiere. “I don’t know if you guys remember, this belt was President of the United States.”

“Do you understand how iconic it was?” she added before switching to a photo of Destiny’s Child with all three members wearing the belt; Beyoncé went up a notch by featuring the belt as a strap.

In her videos, Aquilino sounds both horrified at what constituted fashion in Y2K and very close to laughing, especially as her gripe with belts escalates. But for many of us, it’s both educational and a trip down memory lane to show us that maybe our memories might’ve glossed over some of these pieces. Some people even shared the Y2K fashion items they loved back then but haven’t exactly stood the test of time.

But if everything about Y2K pop culture is truly coming back, better for it to be the fashion (both good and bad) than the casual misogyny.