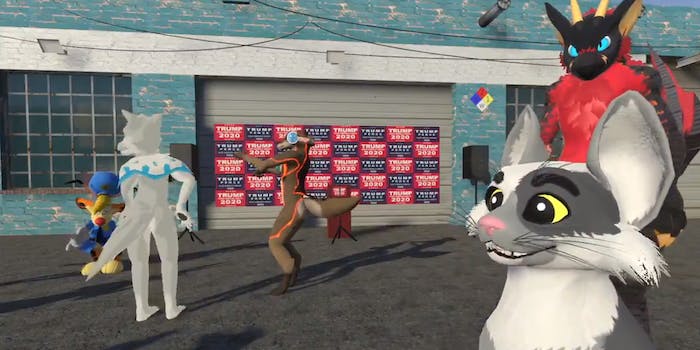 The best memes from the Four Seasons Total Landscaping debacle

As the Trump team continued to exist in the dumbest timeline, and doubled down on assuring people that they definitely meant to book the Northeast Philadelphia landscaping business that sits next to a sex-toy shop for its sad press conference, the internet couldn’t believe its luck. The comedy wrote itself.

And so did the memes. The Four Seasons Total Landscaping debacle seemed to fit any meme format.

There were also fake ads for Four Seasons Total Landscaping, though the company is apparently trying to get in on the action with its own merch.

Four Seasons Total Landscaping was even recreated in VRChat….which is now apparently filled with furries.

TikTok was similarly obsessed with the presser: Carly Aquilino’s video, in which she tries to wrap her head around the mistake but can’t stop laughing, got more than 3 million views.

Another layer was added to the story on Monday: Politco reports that Daryl Brooks, one of the men who spoke at Giuliani’s presser about voter fraud, is a convicted sex offender.