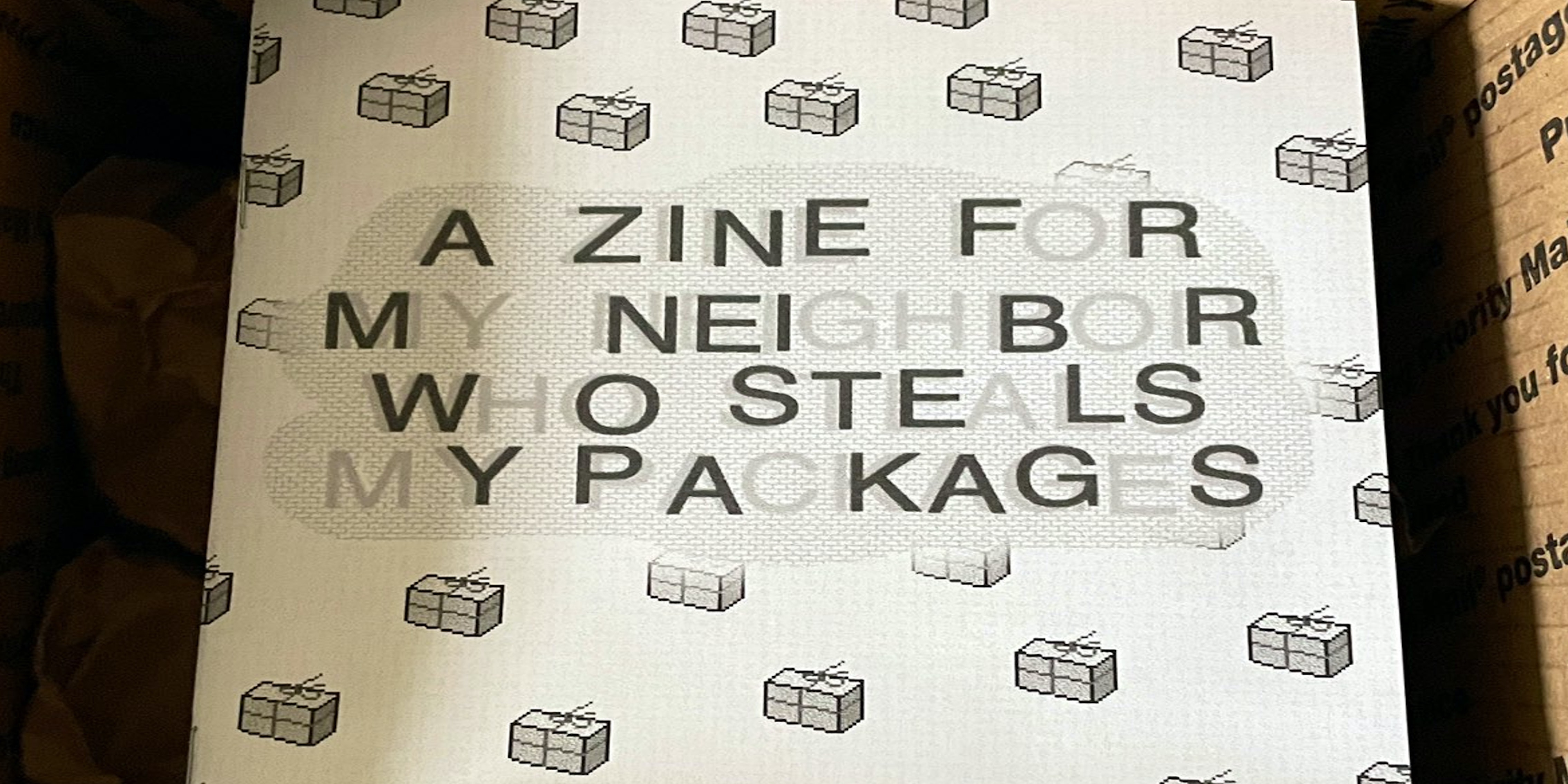 A Twitter user went viral after she created a zine for the neighbor who is allegedly stealing her packages, stirring debate amongst the platform’s users.

Horror author Eve Harms posted the tweet, which garnered almost 40,000 likes, on Feb. 1. Since then, the writer has dealt with the blow that comes with virality and has even sold copies of the zine in question.

Harms created the DIY mini-magazine publication as a medium to ask the thief to stop taking her packages. The 16-page book is titled “A Zine For My Neighbor Who Steals MY Packages” and includes various pages imploring the thief to identify themselves. “I have of course considered revenge!” one of the pages reads.

As of Tuesday, the alleged thief has not taken the decoy package that holds the zine, but enough Twitter users are obsessed with Harm’s creative response that they sold out the 48 copies the author put up for sale on Gumroad for $5. While Harms tweeted her gratitude for the support, she also had to contend with responses calling her a “Karen.”

“Idk this rubs the wrong way!” a user quote-tweeted Harm’s photo. “Like why do you think people are taking packages in the midst of mass death, unemployment, evictions…”

“I’m sry your packagers were stolen but this has big can I speak to your manager energy,” another user commented.

After a few of these similar responses, Harms tweeted she was muting the viral thread.

“Well, I’ve been accused of being a Karen and misgendered, along with being told I’m gross by profiting off of the hypothetical suffering of package thieves,” she tweeted. “It’s just a friendly zine so I guess the suffering is they are disappointed it’s not valuable?”

As of the time of writing, there have been no further updates regarding the alleged thief and whether they picked up Harm’s bait. Still, the fiction writer tweeted in good humor to the controversial response, making jokes on her “Karenitis.”

“Having a tweet go viral feels like an intimate gathering you’re hosting is suddenly crashed by thousands of strangers,” she tweeted.

The Daily Dot has reached out to Harms via Twitter direct message.