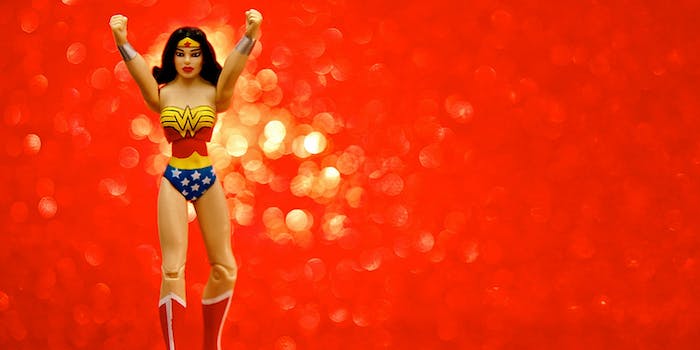 ‘Women Against Feminism’ gets the Twitter parody it deserves

Where the burgeoning #WomenAgainstFeminism movement is concerned, we have two options: we can engage with its supporters on their own terms, or we can openly ridicule them.

Taking the latter tack is WomanAgainstFeminism, or @NoToFeminism, a Twitter feed of scorching ironies. (The persistent misspelling of “feminism” pushes it into Weird Twitter territory.)

I don’t need femnsin because i love The Bachelor it is a show about the success of capitalism, equality and also very capable gardening

i do not need femsisn because i LIKE being catcalled on the street once a man did it because i was about to fall into a manhole, checkmate

I don’t need femisin because i like when my men are men, i was FURIOUS when my husband turned out to be a possum

I don’t need feminism because Men’s Rights Activists must have some good points otherwise they would be called Men’s Wrongs Activists!!!!!!!