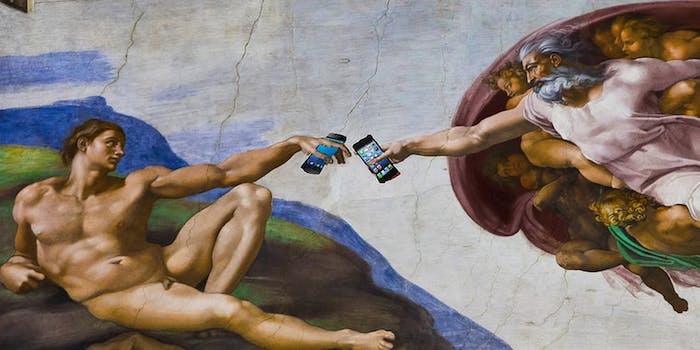 Why the ‘selfie generation’ is disappearing from the Internet

I'm about to make a generalization about the "selfie generation," and I apologize for it.

Forgive me, Internet: I’m about to make a generalization about millennials using the term “selfie generation,” and I apologize for it.

OK, here goes. The “selfie generation”—supposedly vain, narcissistic, and driven solely by instant gratification—is actually very considerate when it comes to other people’s insecurities, especially when it comes to posting photos online.

I know, I know. Thanks to the prevalence of various types of social media, a stereotype endures about young adults and their event attendance. Namely, “If photos of it didn’t surface on the Internet, it didn’t happen at all.”

A few years ago, when I was just about to finish undergrad, it seemed as if this sentiment was at its peak. Smartphones, while definitely becoming more popular, weren’t quite as ubiquitous as they are now, so those of us with digital cameras would spend hours diligently uploading photos we’d taken of our friends the previous weekend as they danced to Aerosmith at a prom party or buried their faces in a mountain of hangover hash browns.

This is why, over the course of about a year, there emerged approximately 700 pictures of me in slightly varying outfits, making excited faces and holding a Mystery Beverage.

Most people I know who were on Facebook at the time have similar archives of tagged photos: If our social media profiles were museum exhibits, we’d all have at least one wing titled “Frat Parties Memorialized for No Reason, 2009-2010.”

At the time, though I tried to discourage my friends from posting photos where I was doing something illegal or incriminating, I was generally content to take a laissez-faire attitude toward the whole thing. After all, it was Facebook, I theorized, and anyone looking at my photos was someone with whom I’d actively made the decision to connect. Plus, there were so many available opportunities for people to tag me in scenes where I looked like I was trying to eat my own neck that trying to filter them all would have been both exhausting and futile.

And then came the selfie revolution.

Well, not a “revolution,” per se. Selfies aren’t exactly new. But the convergent evolution of smartphones and relatively public social media sites meant that our own images have become simultaneously more available and more ours to tweak than ever before. Some people regard this as a way for us to abet our self-obsession; others view it as an avenue to raise our self-esteem.

Regardless of your think-piece stance on the matter, though, selfies certainly aren’t going anywhere anytime soon—30 percent of the photos 18- to 35-year-olds take are reportedly of their own faces.

Admittedly, “SELFIES ARE MORE POPULAR THAN EVER” isn’t exactly a headline that’s going to be surfacing on the front page of the Chicago Tribune. But I will posit that as they’ve become more common, people seem to be acting more considerately about just which photos they choose to post of other people.

A few years ago, I never would have thought twice about uploading a picture of myself at an event with other people to the Internet. Maybe, maybe, if there were visible makeouts occurring or someone was clearly hammered, I would float it by the people in question busy swapping spit or wearing someone’s bra as an eyepatch. Now, though, it’s become routine for me to ask the friends I’m with whether they approve of the photo I’m posting — or whether it’s OK for me to post it at all. I’ve noticed they also do the same for me.

All in all, though the photos posted to Facebook and other social media haven’t abated, I’ve noticed that those same floods of candid photos no longer get poured online by the dozen. If they do, the people appearing in them are hardly ever tagged.

I think this is one of the most recent candids of me that has been posted to Facebook. It’s from my friend’s wedding in summer 2012, so, uh, it’s been a while.

Part of this is the privacy issue, I’d guess. When it comes to my pictures, I’d be slapping them up on Tumblr or Instagram—neither of which are locked. In turn, this means my friends would have their faces available for perusal by any rando with an idle fancy for staring at young Chicagoans of consequence. The world is often much smaller than we think it is, and I would hate for their cute little smiles to pop up in some ex-boyfriend’s or co-worker’s newsfeed without due consideration. There’s also the fact that, legitimately enough, sometimes people don’t want the entire Internet to know exactly where they are at all times.

The other part, though, is that being a member of the “selfie generation” has made me more conscious about how much of someone’s online image they’re actually able to control. Apart from the whole “tweets being stored in the Library of Congress” situation, photos seem like an especially fraught trail of breadcrumbs to leave through the woods of cyberspace.

Selfies, for instance, may be an indicator of whatever negative trend is surfacing on cable news this week, but they’re also a way for us to take back the narrative around beauty, particularly with regard to fashion or makeup. When it comes to our appearances, women are already subjected to a barrage of third-party evaluations whenever we leave the house; we may as well control those evaluations where we can. It doesn’t matter whether this control takes the form of filters, poses, strategic locations or the deliberate rejection of either. Ultimately, selfies allow us to take responsibility for the image (both physical and otherwise) that we put online.

Admittedly, this sometimes means conforming to beauty “standards,” as insidious and subtle as they can be. Still, though, selfies can be a way to change our internalized rhetoric from “This is everything I need to change” to “This is everything that’s great about myself”—and, eventually, to silence that rhetoric forever.

By contrast, posting candids without someone’s permission can feel like a betrayal of that battle for control. When you post a photo of a friend she doesn’t like, chances are you’re not doing it to make her feel self-conscious. But regardless of the reason for her discomfort—maybe she doesn’t like her outfit, or her beverage contents, or her bangs, or the fact that she told her boss she was out with the flu when she was really at the beach—you’re still wresting control away from her. You’re reminding her, “No matter what measures you do to feel good about yourself, it only takes the click of a button to take all that away.” And that, frankly, is kind of a jerk move.

This is why, by the way, I don’t actually think signing social media prenups is all that unreasonable, at least not in theory. The Internet has opened up myriad ways for women’s control to be challenged, and the mark left by social media sabotage can be indelible. It’s hard enough for women to present to the outside world with the balancing-act illusion of perfection without our friends, lovers and allies giving anyone who whttps://www.dailydot.com/tags/google us potential ammunition.

So, I’m OK with the fact that, in that hypothetical social-media museum of my life, the “Half-Drunk Candids” wing will likely be overshadowed by the “Capslock-Face Gallery.” At least I’ll know that I’m the one who decided to put them there.