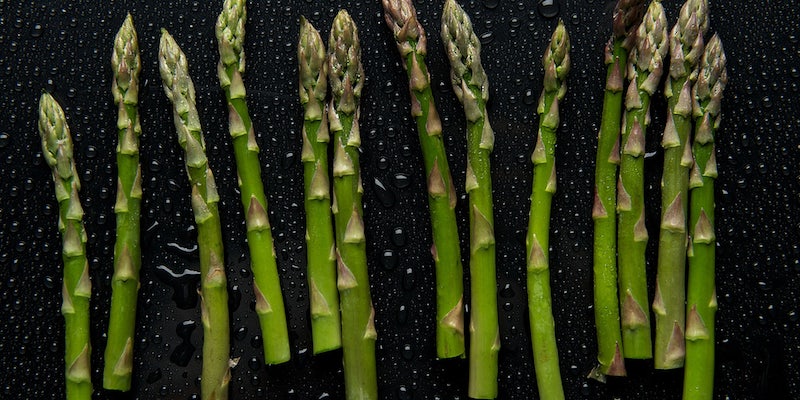 Whole Foods has been the stalk of the town ever since the bougie supermarket got called out on social media for selling $6 asparagus water.

What’s asparagus water, you ask? It’s just what it sounds like.

Somewhere in L.A., Whole Foods executives are laughing at all of us.

Just three stalks of asparagus in some bottled water, being sold for $5.99 (don’t worry, the greens were probably organic and totally a steal).

Eater reports that they contacted the Whole Foods location in Brentwood, California, and a operator denied the product’s existence. But they also got ahold of an anonymous employee in the produce department who confirmed that the delectable drink was indeed for sale, with the nutrients from the veggies supposedly absorbed by the water.

But with all this hubbub regarding the product, Whole Foods issued a statement saying that the product was a mistake and that the water was not meant to contain actual asparagus stalks, ABC 7 reported.