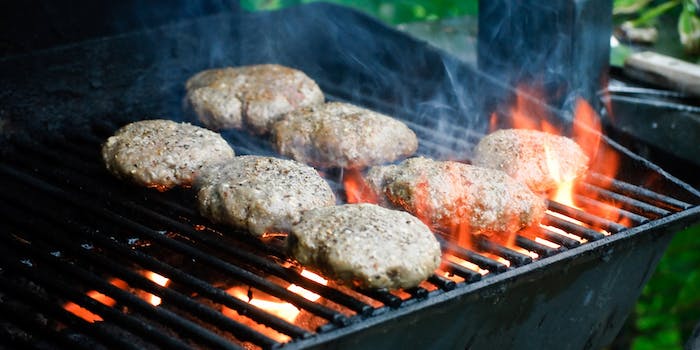 These Caucasians *get it.*

The luminaries of Black Twitter never hesitate to roast those who deserve it. They burned Steve Harvey to a crisp for his Miss Universe fail. They clap back when their auntie is rude during the holidays. But now the roast has taken on a more literal dimension.

That’s because Black Twitter is letting us know which white people would be invited to their cookout. It’s not a ploy—it’s a sign of respect.

Uproxx points out that Leonardo DiCaprio‘s Oscar win was the kindling for #WhitePeopleInvitedToTheCookout. Finally, the actor received the recognition he’s been waiting his whole career for. And, more importantly, he got a formal invite to the BBQ.

The cookout is hallowed ground for the black community. Michael Harriot outlined some of the rules for Caucasians who find themselves invited to such a party (avoid arriving on time; never accept an offer to play Spades). But before you take his advice, you need to be worthy of an invite. The only whites who make the cut are the ones who truly get it.

#WhitePeopleInvitedToTheCookout when I saw Adele do her hand like this, I knew I could fix her a plate pic.twitter.com/V1YrK1mg5V

She been invited she use to eat at the kids table with all the 90s babies #WhitePeopleInvitedToTheCookout pic.twitter.com/xslpj2sx4W

Meanwhile, there are some white people most definitely not invited to the cookout. That’s gotta sting.

And if you end up going to the cookout, be warned: You should maybe eat a snack before you show up.

Photo via wickenden/Flickr (CC BY SA 2.0)