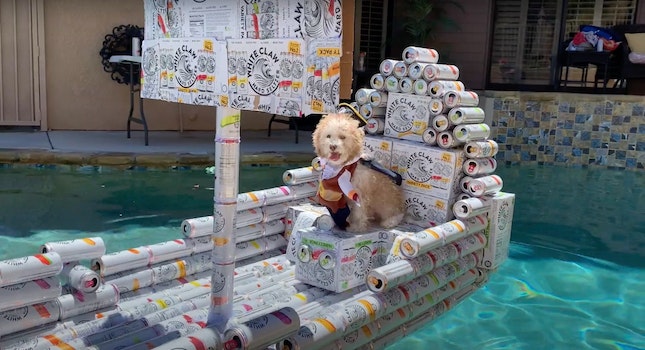 It's called the S.S. Clawdia, and dogs can ride on it.