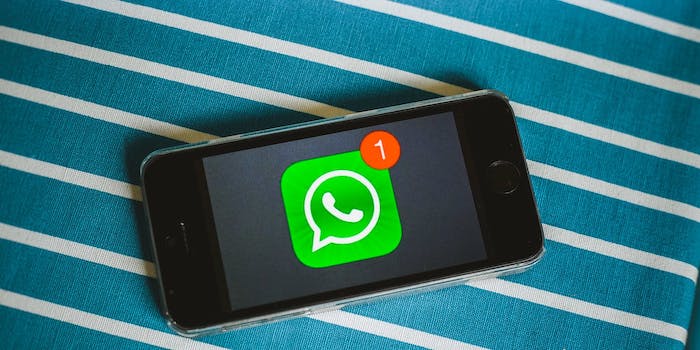 A WhatsApp conversation between a would-be intern and a potential employer has captured the attention of the internet and started a conversation about the etiquette of responding to an unknown number. And the fact that it appears to be clearly fake seems to be beside the point.

The back-and-forth between the two unknown individuals went viral after being tweeted by software engineer Celestine Omin, who claims he stumbled across it on Facebook. In the WhatsApp exchange, a man who eventually identifies himself as “Emmanuel Kamal Muhammed” reaches out to a potential intern “Mary” for a web and graphic design position.

“Mary” immediately becomes combative with the person texting her, demanding to know how they got her number. After Emmanuel (who, it’s worth mentioning, does not appear to exist on the internet) informs her of the reason for his message, Mary immediately apologizes and pleads for forgiveness. However, for poor fake Mary, it’s too little, too late, and she is subsequently informed that she’s unfit for the job.

“Godspeed, Mary. Wishing you all the best in your future endeavors,” Omin captioned the screenshots.

The tweet quickly went viral, as people began debating who was in the wrong. Was it Mary, for her insolent way of dealing with an unfamiliar number? Or was it Emmanuel, for not clearly identifying himself from the get-go? It’s worth noting that, for most women, a “hello, good evening” text from a stranger would not typically be well received.

“Who uses WhatsApp for something work-related?” tweeted one user. “What happened to ‘Hello Mary good evening, I’m Sam and I’m texting you about your internship opportunity?’ Go straight to the point, her reaction is normal.” Others likewise had strong opinions, and lines between #TeamEmmanuel and #TeamMary were drawn.

Whether you happen to side with #TeamMary or you’re just plain wrong, there is probably one thing we can all agree on. This is entirely too much attention being devoted to an almost definitely fake WhatsApp conversation between two fake people.