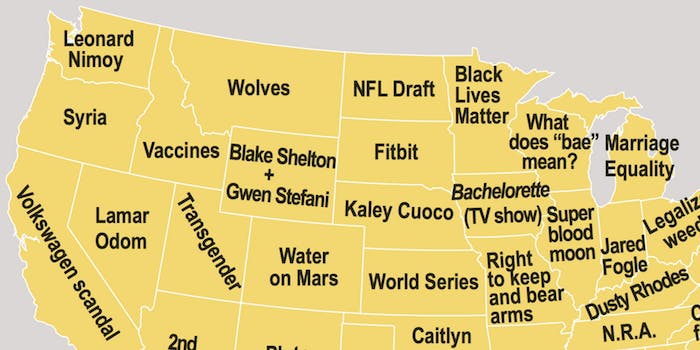 What each state Googled more than any other in 2015

You may not like what you're about to see.

Another day, another disturbing data set from Estately, the real estate blog that delights in telling us just what Americans are Googling—from Halloween costumes to political terms to things better left unmentioned.

This latest map, however, is the granddaddy of them all—the aggregated results of an entire year of Googling. Now we get to find out which states had an Ashley Madison problem, who was surprisingly curious about Caitlyn Jenner, and where the term “bae” has yet to really catch on: Head to their full list of most popular search terms if you want to fear for civilization. We’ll just be sitting here impressed with Montana’s realness.