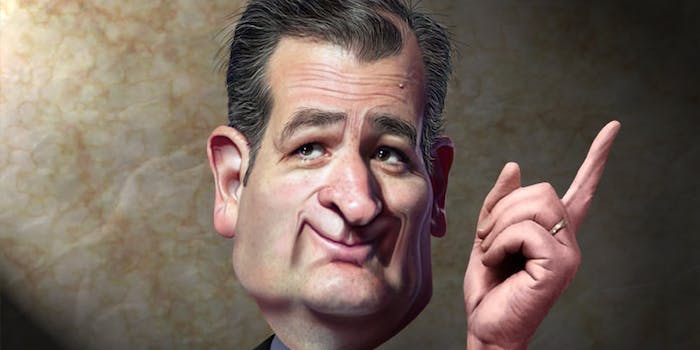 Things that will definitely happen in the first Republican presidential debate

We know it'll be stupid—but just how stupid are we talking?

At long last, 10 ridiculous candidates seeking the 2016 Republican nomination for the highest elected office in the world will this evening gather to criticize each other in person instead of via soundbite.

We’ve prepared our best guesses for the tactics of each candidate going into tonight’s debate as they attempt to separate themselves from the pack, even though Jeb Bush is almost certainly going to be that nominee, no matter what happens. (Sorry!) Here’s are our completely realistic expectations:

It’ll be interesting to see what approach Trump takes tonight. Will he relentlessly insult the rest of the panel, turning it into a kind of Comedy Central’s Roast of American Democracy? Sure, of course—but is he also going to suggest that the other candidates are “Haters, Losers or Cowards”? It’s too early to tell, but we can say this for certain: Making a drinking game out of every time Trump says “Haters, Losers or Cowards” should get you through tonight’s debacle. Debate. Tonight’s debate.

A good tactic for Jeb would be to say “Everyone whose brother and father were not the president, take two giant steps forward,” just to see if he can make everyone fall off the front of the stage. But he doesn’t have to do much tonight, because there is zero question that he is going to be the Republican nominee. It’s just 100% absolutely going to happen, we all know it, why is this even happening. You know what? Don’t answer that.

Technically a governor but terrible at his job, look for Scotty to make a confused face when people mention Wisconsin, like it’s a totally nonsensical word—“Awhatson?”—and instead lean on his strong track record of looking like a 14-year-old lost at (and upset by) a state carnival.

The Huckster is going to face a lot of the same problems that Donald Trump will, largely due to his barely being a real person. His recent power move may have backfired: He said he would mobilize the united states military against American citizens to curb a completely legal procedure, instead of, say, using the law to do that. This might play well to the the Civil War Was Awesome crowd, though might cost him some points among people who do not wish to have the military mobilized upon them by a doughy madman with a loose understanding of presidential powers.

Big Ben’s plan should be to come out dressed like Big Ben and say things like “BING BONG, your time is up!” Ben could function almost entirely as a clock during the debate: “BIG BEN” or “THE HUMAN CLOCK” are both wide open for branding and could really change his image from “former neurosurgeon,” which will likely hurt him in this anti-science extravaganza. Better still to go with “Living Timepiece” or “Chronos the Unelectable.”

Ted Cruz is going to stick to his long-term game plan and say more crazy garbage than anybody has ever said before. A good move would be to claim that he has performed cat exorcisms or that, I don’t know, he ate a Bible one time. Ooh, maybe that he worked on the radical fringes of the Catholic Church, fighting vampires or something like that? Something secret that he can’t discuss—for our own safety. Ted Cruz could literally say anything imaginable and it will not change the fact that he will never be the president of the United States. Should make for a fun show. Also, he’ll say that climate change isn’t real, even if the hall is literally being flooded.

The youngest candidate by several years, watch for Rubio to mention video games and skateboards. It’s long been rumored that he’s going to go through the whole debate wearing sunglasses and cement his catchphrase “Whatever you say grandpa!” while drinking an extreme soda. He’ll also likely mention his social media presence, but try to be cool about it. Please note that while he’s younger than all the other candidates, he thinks all the same things that all the other candidates think.

Rand Paul is the dark horse candidate, if there could even be such a thing, as these debates are a reality television show leading up to the absolute inevitability of Jeb Bush being named the nominee by the shadowy powers that pull the strings behind the scenes—another in a series of clever deceptions proving that we have no control over our government, as it has been bought and paid for many times over by now. Watch for Rand to say something exactly like this, it’s the kind of thing libertarians eat up with a spoon. A spoon that they smelted themselves, without government welfare!

Chris Christie has an uphill climb thanks to his immense unlikability. A governor from a traditionally blue state who flexed big-government muscles to impact the lives of those who voted him into office is one thing, but the big issue is that he doesn’t seem that crazy. A lot of his competitors tonight are really, really unhinged, so he’s going to need to step it up here. Saying something aggressively confusing, immediately disprovable, or tastelessly disagreeable could help him get his name out there as more of a nutjob, and less a power-hungry politician with low morals.

Hard to say his name, so he’s a long shot. He’s the governor of a swing state, but is he Kurdish? I mean, Trump will almost certainly interrupt Kashshush while he’s talking and demand to see his birth certificate. A bold move for Kashsashish would be to announce that he is changing his name, maybe to something more palatable, like “Jeb Bush.” Jeb Bush, you may remember, is the future nominee without a doubt.