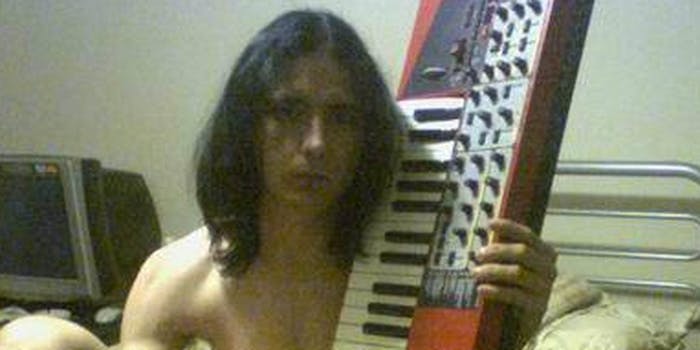 You should buy a keyboard off this weird Craigslist bro

His keyboards look a little "off," don't they?

There’s a musician in San Antonio who’d like to sell you a Nord Lead keyboard and accompanying sampler on Craigslist.

“Actually, it’s the k2vz with 128mb RAM,” the keyboardist writes. “and a scsi zip drive with a few blank disks.” Beware: the headphone output “gets a little weird sometimes.”

You know what also “gets a little weird”? The guy who’s selling it. He attached a picture to his listing. Check it out right here. 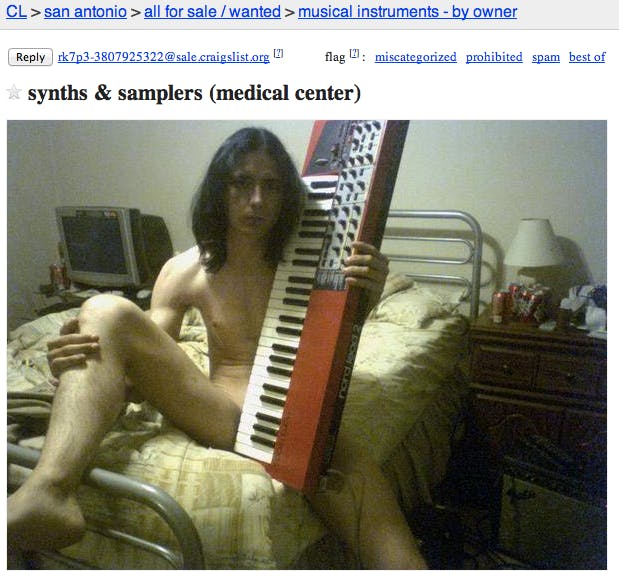 My, my. He should throw away all those Dr Peppers.