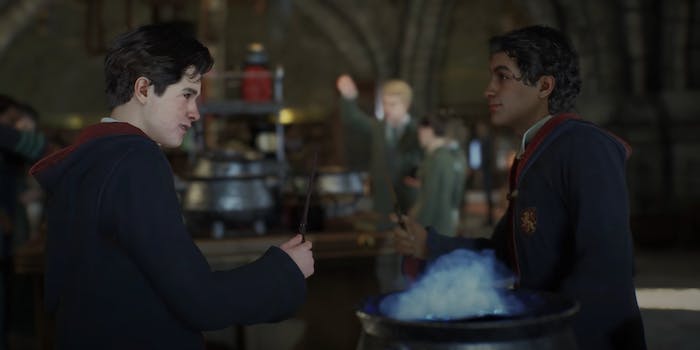 The author was discussed during a company call.

Warner Bros. Games’ rollout of Hogwarts Legacy—a role-playing game set in the world of Harry Potter—was polarizing from the start due to its links to J.K. Rowling. Fans have spent months distancing themselves or disavowing the author because of her transphobic rhetoric. But the shadow cast over the game was enough for Warner Bros. Games to address it directly with employees.

As Warner Bros. Games stated last month on its FAQ page, Rowling is not directly involved with making Hogwarts Legacy. But critics pointed out that since Hogwarts Legacy is using Rowling’s intellectual property, she will still profit from Hogwarts Legacy. Many urged people not to buy the game to show solidarity with trans people.

The latest comments about Rowling come from Warner Bros. Games President David Haddad in a company Q&A. According to Bloomberg’s Jason Schreier, who was sent a video clip of the meeting, Haddad noted that while he may disagree with some of Rowling’s views, she “has the right to hold her opinions.” When asked about inclusion, he said he spoke with GLAAD’s director of transgender media representation and that Warner Bros. Games is working with organizations for LGBTQ rights.

Not a lot I can comment on, other than, since we did get so many [questions], I wanted to be responsive the best way I could.

The way I think I’d like to do it is, I’d like to echo something you’ve heard from our most senior executive leadership.

While JK Rowling is the creator of Harry Potter, and we are bringing that to life with the power of Portkey, in many places, she’s a private citizen also. And that means she’s entitled to express her personal opinion on social media. I may not agree with her, and I might not agree with her stance on a range of topics, but I can agree that she has the right to hold her opinions.

Haddad’s comments echo the empty platitudes Warner Bros. Pictures made after it was asked to address Rowling’s transphobic comments. It’s also similar to comments from other companies that have working business relationships with Rowling, including Universal Parks & Resorts.

Meanwhile, Fantastic Beasts star Eddie Redmayne, who previously spoke out against Rowling’s statements, is now showing his support for Rowling amid the backlash against her. Redmayne even compared criticism against Rowling with harassment that trans people get.

The comments have a similar theme. The people or companies making them may personally disapprove of Rowling’s transphobic beliefs and tout their support of LGBTQ rights, but they also assert that Rowling has the right to have those beliefs—and none of them are willing to disavow Rowling.

Despite the backlash, Harry Potter is a lucrative property. It’s possible that none of the studios or people who actively work with Rowling want to say something that will jeopardize the status of future projects. But even if someone touts support for LGBTQ rights, many consumers will still see through the smokescreen.