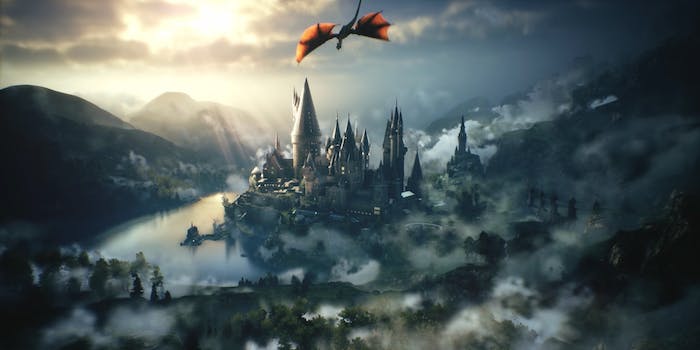 People are encouraging their followers not to buy the game.

A day after Sony unveiled the announcement trailer for its newest game set in the Wizarding World of Harry Potter at Sony’s PlayStation 5 event, the studio behind the game posted a notice that distanced itself from the author who created that world.

Hogwarts Legacy is set for release in 2021, and it’s essentially a Hogwarts RPG that places you right in the heart of Hogwarts sometime in the late 1800s as a student. Based on the trailer, it’s the kind of game that takes place both within Hogwarts Castle and outside in the greater Wizarding World.

On Thursday, Warner Bros. Games posted a FAQ page about Hogwarts Legacy, which included plenty of questions about the game itself. But it also included a question about the involvement of Harry Potter author J.K. Rowling since the game takes place within her fictional world.

“J.K. Rowling is not directly involved in the creation of the game, however, her extraordinary body of writing is the foundation of all projects in the Wizarding World,” Warner Bros. Games wrote. “This is not a new story from J.K. Rowling.”

For the types of Harry Potter fans for whom canon matters, the matter of Rowling’s involvement gives them an indication of how to treat any possible reveals or worldbuilding contained within the game. What’s much more likely is that Warner Bros. Games is attempting to curtail a controversy brewing around one of its games because of the perception that Rowling was involved in crafting it.

Immediately after Warner Bros. Games unveiled Hogwarts Legacy, fans started to voice their refusal to purchase the game. They argued that due to Rowling’s history of transphobic comments (as well as a new book that includes a transphobic plotline), they did not want to financially support Rowling by buying and playing Hogwarts Legacy.

Others are torn. Some fans still want to play the game even with their distaste for Rowling’s comments while some have offered to donate to trans charities as well as purchase the game. Some are even pointing to the developers who’ve worked on the game who shouldn’t be punished for an author’s beliefs who could lose money if people boycott the game, something that might not be applicable to developers working at large video game studios.

While Rowling wasn’t directly involved with Hogwarts Legacy, it’s still unclear whether she’ll financially profit off the game. When asked by Polygon if Rowling would receive royalties for Hogwarts Legacy, Warner Bros. Interactive Entertainment pointed to previously published material for the game (like the announcement and the FAQ page), as well as an empty statement from June about inclusiveness that doesn’t mention Rowling or the LGBTQ community.