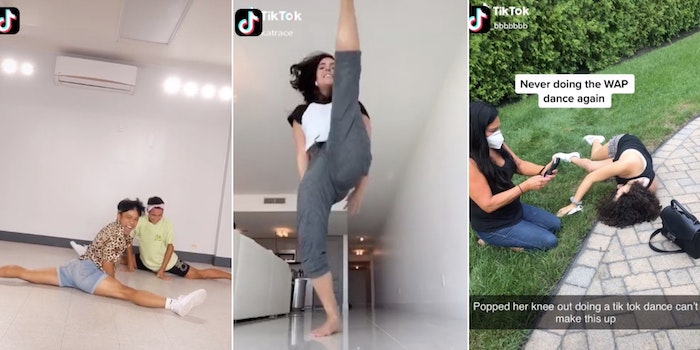 TikTok teens are injuring themselves from twerking so hard to ‘WAP’

Try at your own risk.

Contrary to Ben Shapiro’s objections, there’s nothing wrong with having a WAP. But that doesn’t mean Cardi B and Megan Thee Stallion’s new sex-positive banger isn’t dangerous in other ways.