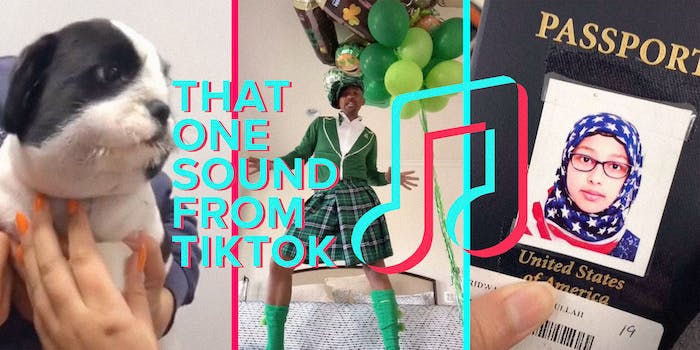 The story behind the ‘Waking up in the morning’ TikTok audio

A 10-year-old sad song makes its way to TikTok.

This week, we’re discussing a sound that started circulating on TikTok recently—but it already has people waking up in the morning and remembering that one time. Here’s how a sad moment from The Real Housewives of New Jersey became a meme documenting our most embarrassing moments.

The audio, most widely used on TikTok, is of a little girl singing: “Waking up in the morning, thinking about so many things. I just wish things would get better.” The origin appears to be a Jan. 10 TikTok from Amir Yass, who applied it to Donald Trump leaving the White House.

Since then, it’s been used in more than 300,000 TikToks, typically to convey regret or amusement over some past experience—like creating a music video at age 8 to will.i.am’s “Scream & Shout.”

In March, Will Smith used the audio to look back on his chaotic St. Patrick’s Day video. Incredibly, a lot of the TikToks actually include the old footage they’re referencing. This one with Zendaya really is heartbreaking.

It’s from an episode of The Real Housewives of New Jersey season 3, in which Teresa Giudice’s then 10-year-old daughter Gia performs a song at a birthday party, which reflects her feelings about her mother’s feud with her brother, Joe. While it begins with the same shaky “Waking up in the morning,” the series version has more verses and shows Gia getting emotional when she starts to sing.

In the comments of the 2011 clip, which is now mostly people from TikTok, some lamented that a young girl’s pain over family turmoil was turned into a meme, though growing up on a reality show is probably a whole other thing to unpack.

Giudice, now 20, appears to be enjoying this new iteration, though: When a commenter quoted the line on her TikTok back in February, she joked, “This is gonna haunt me my whole life.”

When Cardi B referenced the meme last month on Twitter, she responded.

This sound is just one in the pantheon of reality show audio on TikTok, but it’s also a sobering reminder of just how long reality TV has endured. In late March, a decade after she sang the sad song, Giudice closed the circle.