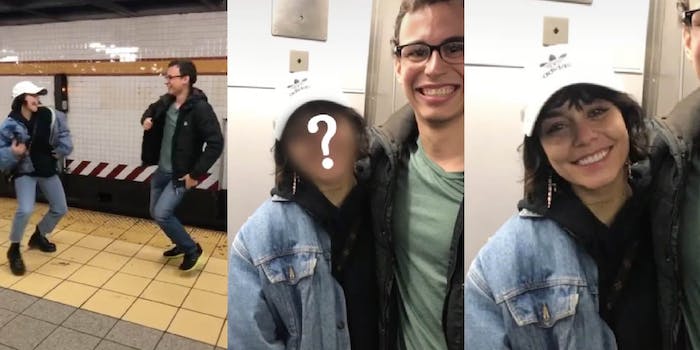 This guy flirted unknowingly with Vanessa Hudgens, and a TikTok of it is going viral

He thought she was a 'random girl' until people started asking for pictures with her.

A video of a guy flirting unknowingly with Vanessa Hudgens is going viral on TikTok.

The video, which was filmed about two years ago, is blowing up after the guy’s friend shared the video to his TikTok account. In fact, it went so viral that the High School Musical star, herself, weighed in on the video with a TikTok of her own.

The original TikTok shows a guy joining a “random girl” as she danced to live music on the subway. They then hopped on the train together. The narration over the TikTok said the guy began to flirt with the subway dancer almost immediately.

They were hitting it off, but she said she had a boyfriend. The girl told the guy that she performed in Broadway plays, but she forgot to add the fact that she starred in one of the most famous teen movies of the 2000s.

It wasn’t until people began approaching the “random girl” for pictures and autographs that the guy realized he had been flirting with Hudgens.

TikTok users love the video. They left comments like, “I am going to start dancing with every stranger now.”

Teens on TikTok weren’t the only ones who seemed pleased with the video. It even crossed Hudgens’ radar. She created a response video where she reacted to different parts of the original TikTok.

Maybe this time around, if the guy shoots his shot again, Hudgens will be single.