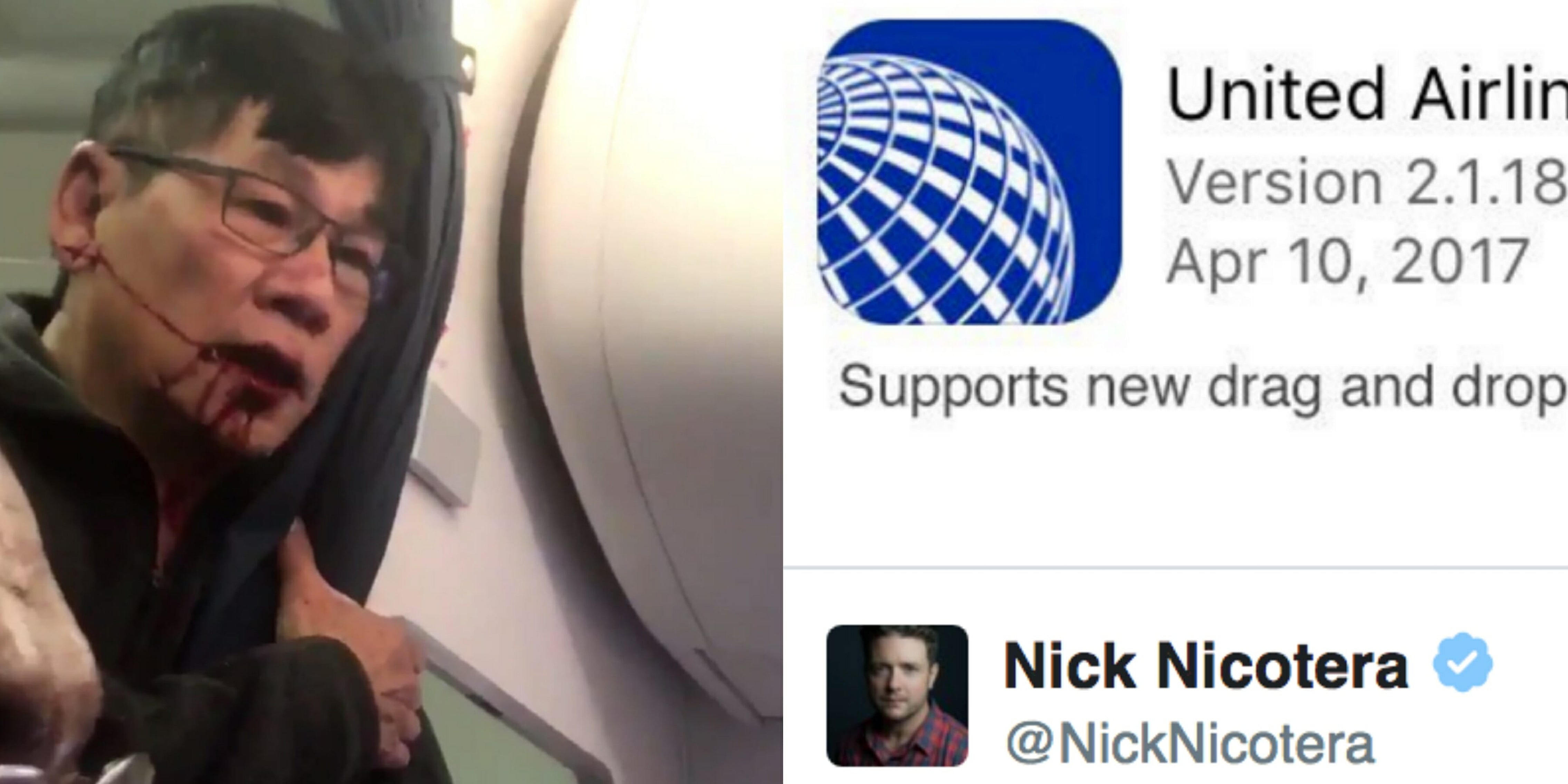 United updates its app, gets dragged more with new memes

United picked a hell of a time to update its app.

In the throes of the internet’s collective uprising against United Airlines, the airline decided it was the perfect time to roll out an update to its app.

Sure, it’s a bad week for the PR department at United, especially when you have the internet standing by to photoshop your every move. But it’s certainly not as bad or dehumanizing as it was for the man, identified as David Dao, who was forcibly dragged from a United flight by officers after refusing to give up his seat, leaving him with visible injuries.

A tweet from actor Nick Nicotera’s account quickly spread after he shopped in that United “supports new drag and drop feature,” riffing on the security team’s violent mistreatment of Dao.

The real app update was much less inflammatory and most likely automated, but still very poorly timed.

Other Twitter users were quick to call out United in a similar fashion. Cue a series of photoshopped United Airlines app update memes.

Dao sustained multiple injuries after Chicago Aviation Department officers were captured on video dragging him by his arms from United flight 3411 this weekend. Dao reportedly identified himself to officers as a doctor, on his way to Louisville, Kentucky, to treat patients the following morning. In two separate videos captured by passengers, Dao is seen clinging to a curtain at the rear of the plane, saying “I need to go home,” and “Kill me. Just kill me.”

In a statement, Chicago Police Department said Dao was “irate” and that the injuries to his face were caused by hitting his head on an armrest.

While United CEO Oscar Munoz tweeted a statement apologizing for this “upsetting” event and for having to “re-accomodate these customers,” a different, much less apologetic statement was sent out to United employees, placing much more of the blame on the victim than on employees.

“Our employees followed established procedures for dealing with situations like this,” the statement reads. “While I deeply regret this situation arose, I also emphatically stand behind all of you, and I want to commend you for continuing to go above and beyond to ensure we fly right.”

On Tuesday, however, Munoz released a full apology, saying that it was “never too late to do the right thing.”

United has yet to comment further on its app update. But we suspect the internet will continue to creatively drag the company until justice is served.