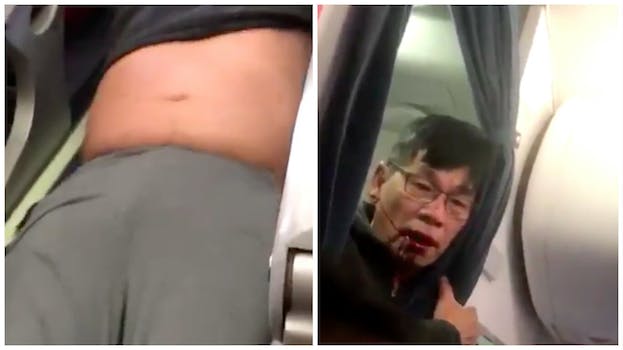 The statement from the United CEO is notably lacking in one thing.

Just about the entirety of the internet is aligned with the victim of the United overbooking fiasco, who was forcibly removed from a flight by authorities after the airline randomly selected him to give up his seat.

It’s a natural response because we all empathize with the man, believing that no matter what he did, there’s nothing that would give the police the right to get that physical with us, over a seat we paid for.

We all empathize with him, save for, it appears, the CEO of United. In a statement sent to employees and given to the press, Oscar Munoz, instead of apologizing or empathizing with the victim and the situation, delineates in excruciating detail every single thing the passenger did to deserve what happened to him.

Like you, I was upset to see and hear about what happened last night aboard United Express Flight 3411 headed from Chicago to Louisville. While the facts and circumstances are still evolving, especially with respect to why this customer defied Chicago Aviation Security Officers the way he did, to give you a clearer picture of what transpired, I’ve included below a recap from the preliminary reports filed by our employees.

As you will read, the situation was unfortunately compounded when one of the passengers we politely asked to deplane refused and it became necessary to contact Chicago Aviation Security Officers to help. Our employees followed established procedures for dealing with situations like this. While I deeply regret this situation arose, I also emphatically stand behind all of you, and I want to commend you for continuing to go above and beyond to ensure we fly right.

I do, however, believe there are lessons we can learn from this experience, and we are taking a close look at the circumstances surrounding the incident. Treating our customers and each other with respect and dignity is at the core of who we are, and we must already remember this no mater how challenging the situation.

All of those things can be completely true. And the CEO of United does have a responsibility to stand by his employees as best he can.

But even if the victim in this case, who was physically dragged off a plane and bloodied, did all those things, some argue you shouldn’t send a company-wide email that utterly places the onus on him, absolves yourself of any responsibility for your procedures that led to it, and does not express any sincere sympathy other than a blanket statement about “all people.”

The lack of empathy or acknowledgement of their role in creating this issue is breathtaking.