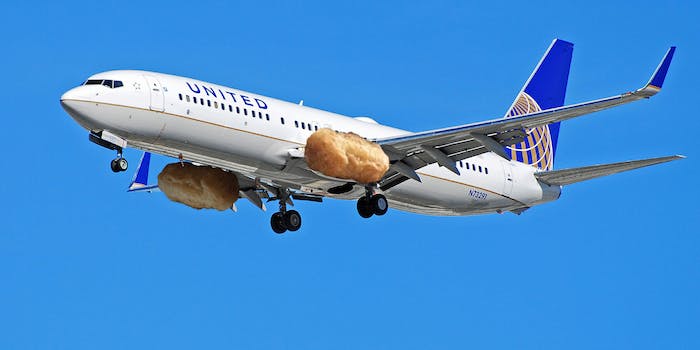 Carter Wilkerson got his year's worth of free Wendy's nuggets. Now United Airlines wants a piece of that good PR.

Meet Carter Wilkerson. Back at the beginning of April, Carter asked Wendy’s how many retweets he would need to get free chicken nuggets. Wendy’s response: 18 million.

To put things in perspective, the previous record holder for most retweets was this star-studded Oscar selfie taken by Ellen DeGeneres, and it currently stands at a little over 3.4 million.

That’s right, I said previous. A quick look at the numbers reveals that Wilkerson passed America’s sweetheart and now holds the record for most retweeted tweet. Of course, it doesn’t hurt that he had a little help from Ellen herself.

Carter never got to 18 million, but Wendy’s, knowing a good PR moment when they see it, decided to give him a year’s worth of free nuggets anyway.

.@carterjwm is now the most retweeted tweet of all-time. That’s good for the nuggets, and $100k to @DTFA. Consider it done. #nuggsforcarter pic.twitter.com/k6uhsJiP4E

They even threw in $100,000 for the Dave Thomas Foundation, which basically is their own charity. Of course, considering the amount of free publicity they got out of this, it’s easy to say that Carter got ripped off big time, but to be fair, he got exactly what he asked for, so no one can really be too upset. Carter got his nuggs. Wendy’s got a ton of free publicity. Everyone’s happy.

Which should have been the end of things.

Buuuuuuut, United Airlines, who desperately needs a win right now, thought they’d try and get in on the action.

Hey @carterjwm, congrats on your world record! It’s time to decide where in the world you’d like to visit a @Wendys! DM to get the ✈ rolling https://t.co/3prDeaQdbL

It’s not quite as shameless as it looks. Back in April when Carter was first making his attempt to get 18 million retweets, United stated that if the teenager made his goal, they would give him a free flight to anywhere in the world they fly, so that he could visit the Wendy’s of his choice.

If you get the 18 million RTs, we'll give you a free flight to take you to any @Wendys in the world in a city we serve. Good luck! https://t.co/igxnPg1JUF

And, much like Wendy’s, even though Carter fell short of his goal, they decided to give him his prize anyway.

But unfortunately for them, Twitter wasn’t buying it. The responses were swift and brutal. Not as brutal as being forcibly dragged off an overbooked flight, but pretty bad nonetheless.

Yo @United how many retweets to not get assaulted by you on my next flight?

No official response yet from Carter about taking United up on their offer. Chances are there’s a Wendy’s somewhere in his neighborhood and, despite statics, in this particular case it might be safer to drive.