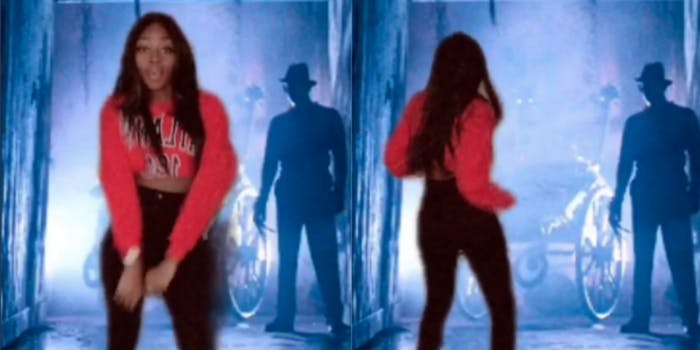 ‘Two options’ meme dances down the hallways of TikTok

Scary hallways are having a moment on TikTok.

A saxophone cover of Chris Brown’s “Go Crazy” has become the soundtrack to a TikTok version of “Would You Rather.” The cover, which was originally part of the Go Crazy challenge, has been used in more than 50,000 videos. But Know Your Meme points to a July 3 video from nolxve.droxzy as the origin of the “two options” format. Here, it’s walk down a scary Slender Man hallway or take your ex back.

Elsewhere, the ultimatum was applied to walking down a hallway from Nightmare on Elm Street 3 or repeating 2020.

Others were repurposed to address more tangible political and social issues.

There’s something soothing about this challenge right now, when control feels fleeting. But the dancing-over-tweets subgenre of TikTok might be part of it, too.