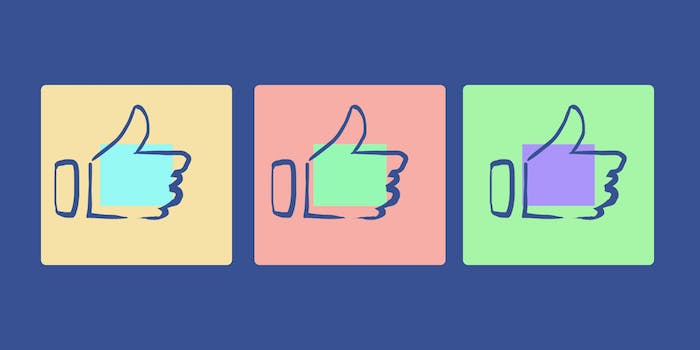 Facebook's new Notes feature is meant to appeal to Medium and Twitter users. Here's why it won't work.

A little bit about me. I was an early user of Twitter. Joined back in November 2006. Was one of the first 100 to Instagram. Have 7 million followers on Google+ and now am one of the top tech futurists on Facebook, where I publish tons of info about the tech industry to more than 650,000 fans.

On Friday Facebook turned on a new notes feature that many—myself included—saw as a direct attack on Medium. (Vadim Lavrusik posted his own Note to show it off.) Keep in mind this is my first note on Medium, but have been reading thousands of articles here for the past few years.

About six weeks ago a Facebook exec asked me, “How can we get more journalists to move from Twitter?” It’s something I’ve thought about a lot. It’s one of the reasons Twitter still is magical, after all these years, and after years of managerial abuse. (Why can VW find a new CEO in less than 72 hours, but so far Twitter hasn’t found one after 100 days?)

If you just do a cursory look at my Facebook account you might not realize what’s going on there. But I moved my life over to Facebook after I realized that the audiences I wanted to reach (tech executives and developers who are building companies) had largely moved there. I don’t care about having the biggest audiences. I leave that to the news organizations. But I study where specific communities are and work to build them there.

When I speak (like I did to a group of business executives in Brazil last week), I ask people what social networks they are on. Worldwide my audiences break down as 95 percent Facebook, 70 percent Twitter, 45 percent LinkedIn, and only 2 percent Google+ (and while kids are on Instagram and Snapchat, those two don’t register for the kinds of business and innovation journalism I do). But when I look at engagement, Facebook becomes far more important.

So, you might think this is an ad for Facebook, right? It sort of is, except for the fact that journalists, rich people, and celebrities still are supporting Twitter and, I believe, safely into the future.

In discussing this with other journalists and rich people, I think I understand why. Here are some reasons:

1) The friending model works for everyday people but sucks for celebrities.

Facebook’s “friending model” is different from Twitter’s “follow only” model. There you choose to follow celebrities and rich people. They don’t need to answer thousands of friend requests. But it’s worse than that. Friending has social proof. Can cause major drama “why did you friend Joe but you didn’t friend me?” And, worse, can expose business alliances or potential mergers or business deals. Finally, I get at least two people begging me to be friends every day. I can’t imagine how many Mark Zuckerberg gets.

And, let’s be honest, it often filters out rich people’s content. Why? Their content is usually pretty lame. Often it’s photos of them on some beach somewhere without commentary. Even Zuckerberg’s posts don’t give you much insight into his life, thinking, or insights. Yesterday he posted a photo of himself speaking in front of the U.N. with barely any commentary or thinking.

What happens when people get filtered? They feel bad about themselves. Be honest: Don’t you feel bad if you post a post and get zero likes? Now compare if you get 1,000 or more likes? These rich people are used to getting 1,000 or more likes just for breathing. Look at Taylor Swift, for an example: 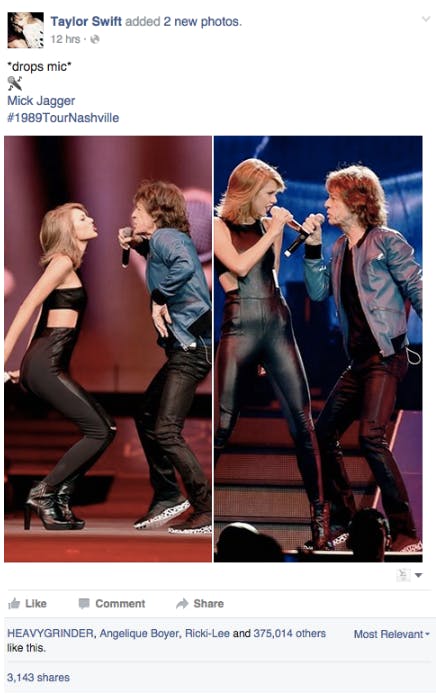 375,000 likes just for a photo. Let me assure you I don’t get that. But what if Facebook filtered that out? Didn’t distribute it? Celebrities fear having their social proof cut away, and love Twitter’s “everything will always be distributed” approach.

Now, most of you might think engagement (er, liking and commenting) is a good thing. But it’s not. Particularly if you are a rich person who would rather take your private jet to Bali and go scuba diving instead of spending all day responding to people.

Most of the rich/celebrity types are NOT like Gary Vaynerchuk. He enjoys kissing babies and responding to comments. But then he’s a hustler. Most rich people don’t need to hustle anymore. They just want you to listen and don’t care if you engage.

I engage on more people’s stuff on Facebook than most people. It’s what I do all day long (and much of the night, too). Why? Well, for one, I want to build a community of tech passionate people who are building companies and new technologies. That’s my job. My boss at Rackspace (a sizable cloud computing company with about 300,000 customers, everyone from TED to Oakley) asks me “go and be helpful.” I do that by visiting the coolest tech startups around the world (and once in a while an R&D lab or an innovative bigger company).

Read my newsletter from last week to get a sense of what I do.

For most rich/celebrity/journalist types they just don’t have time to deal with all the comments. Twitter is a far better model for them. Why? Because followers of an account, like, say, Salesforce’s CEO, Marc Benioff, don’t see all the answers unless they go looking for them. And even then it isn’t the same as over on Facebook where you can see how good someone is at responding to comments.

Plus, on Facebook you MUST get engagement to get through the filters. So most celebrities and rich people avoid the whole mess altogether. Even Marc Andreessen, who is on Facebook’s board, only posts on Twitter and ignores Facebook.

Facebook tells me many celebrities avoid some of these problems by just having a Facebook page, which can’t be friended, etc, but those pages are filtered more aggressively.

On Twitter you can call yourself whatever you like. Over on Facebook you are supposed to use your real name (and people continue getting kicked off for not using their legal name). So, where does Prince, Lady Gaga, or Madonna go? Well, now, they are such huge brands already that Facebook gives them a pass. But many people want to use a different name than their legal name, including many journalists and rich people.

Also, on Twitter, you get a nice short identifier. Mine is @Scobleizer. Now, quick, explain to someone how to find you on Facebook. Um, go to Facebook.com and search for “Robert Scoble.” Not quite the same, and when you only get two minutes on TV every week it’s just easier to say “follow me on Twitter @scobleizer.”

I still remember the night when I was the first American to tell someone else about the Chinese earthquake. I saw someone say “earthquake” on Twitter. Started doing a search, found several others, thousands of miles apart, and then announced to my followers there was just a huge earthquake in China. We beat CNN that night by 45 minutes. Now, can you do the same on Facebook? Sort of. But many people keep their posts private. It’s hard to use search there. Most people don’t know it exists.

When you do try a search over on Facebook, you don’t see content results, but a lot of other stuff, from sports teams to comedians. 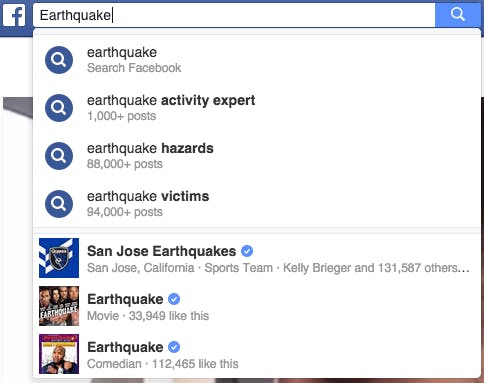 When you do the same search on Twitter, ALL you see is content results with the word earthquake in them. Now, yes, you could click the top thing on Facebook and get the same, but it isn’t a real-time result, and it isn’t easy for most people to do or understand, and even then, most people believe everything on Facebook is filtered (it’s not, only the main feed is).

On my screen Tweets flow down the screen within seconds of them being made. Facebook doesn’t do that. In a real-time news event, like what happened at VW last week, where the story was changing nearly every minute with new people resigning/getting fired and new reports coming out, it’s a lot easier to follow and interact with the story on Twitter than on Facebook.

Facebook CAN BE real time, but it doesn’t flow down the screen like the Mac Twitter app does (you have to refresh) and Facebook requires you to really know how to use it (lists, for example, are real time). I particularly love this list on Facebook by tech journalists, for instance, but most people don’t use lists so don’t know about that.

7) Twitter isn’t as elitist, particularly when it comes to live video.

On Twitter you can pop open Periscope (which is owned by Twitter) and live broadcast video. I have the same kind of thing on Facebook, but Facebook, because it’s scared of noise hitting the feed, has only made that feature available to verified celebrities. Here’s the rub, though. If you are the only one to get a feature and no one else has it, it makes everyone feel bad.

When I use Facebook Live, invariably I’ll get a question about when it’s coming for everyone else and often there’s a “you are an elitist douchebag” kind of comment for using it instead of using Periscope.

So, now, we get to the new Facebook Notes feature.

That’s quite nice. Looks awesome, like Medium, but Medium has a much better interaction model for journalists and celebrities. Comments are left right next to the content itself and there isn’t an affordance for the crazy Reddit-style crazy mob commenting that often happens on Facebook. Just go to Mark Zuckerberg’s Facebook page and look at the comments there. Very low quality generally. Facebook is trying to improve them by “surfacing” comments from verified celebrities, or those that get higher numbers of likes, but, still, it’s a mess compared to any post on Medium I’ve seen.

Why is Medium better?

Anyway, I could keep going. What’s really sad is Twitter just can’t figure out how to make this all matter. All my family and friends are on Facebook, not on Twitter, and they see no reason to change over. Where the rich celebrities are matters a little bit to them, but where their friends are matters more.

If Twitter understood what makes it special in life, and marketed those things, and made a few small changes, it could really start growing again.

Start with Periscope. Who in the hell decided not to offer recording capabilities? That’s the #1 stupidest thing I’ve ever seen and is totally pissing off the journalist/celebrity/rich types, who want to have their work stick around forever.

Anyway, if Facebook fixes these things watch out for Twitter to start really falling, because I’ve noticed Facebook is gaining support lately. If Twitter was smart it’d make it even nicer for rich people and journalists.

Anyway, I’m glad both Twitter and Medium are here. I’ve posted this over on Facebook too, so you can see how both compare.

Robert Scoble is the resident futurist at Backspace. This piece was originally published on Medium and has been reprinted with permission.