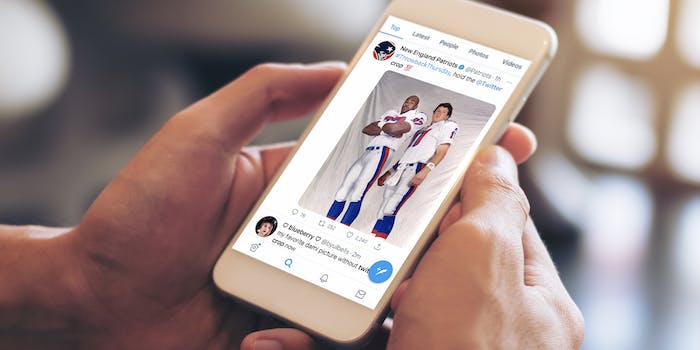 Over the years, Twitter’s algorithm for cropping photos on its website and app has turned into something of an art. At times, it allowed an unintentional mashup or prompted you to “open for a surprise,” but it was also a faulty algorithm that allowed racial bias on where it cropped a photo. Now, Twitter is expanding how much of a photo is shown on its timeline, allowing people to both share photos in their full glory without making people click through a tweet and cause a new level of chaos with very long photos.

While Twitter had been testing bigger images on the Twitter iOS and Android apps since March, the new update didn’t apply for most users until Wednesday. It’s still rolling out, and the new update is only limited to mobile apps—Twitter’s website still has cropped photos—but for some, the changes immediately took effect. And Twitter even gave a cheeky nod to Long Boi, who went viral last week for being an incredibly tall duck, as it announced the new update.

What does Twitter allowing for bigger photos indicate? Ideally, it will eliminate things like racial and gender bias in Twitter’s cropping algorithm. It can allow for movie posters and fanart to be displayed in full.

But for now, as people start to get used to the new formatting, they’re mostly using it to test the limits of Twitter’s new photo setup by posting photos of people or things that are very tall or long.

The surprise of a Twitter photo is now whether or not it crops.

In some cases, it was a way to share photos of very tall actors like Elizabeth Debecki—who stands at 6’3”—or tall characters like Lady Dimitrescu, aka Resident Evil’s tall vampire lady. And it’ll really come in handy when Succession’s third season starts to promote its new and very tall cast members: Alexander Skarsgård and Adrien Brody.

But even Twitter’s new cropping dimensions, which it says will show images with 2:1 and 3:4 aspect ratios, has limits. For example, an edited photo of Riverdale’s K.J. Apa is still cropped even with the update.

And while it might be something we get bored of in about a day or two, but for now? Let tall Twitter take over.