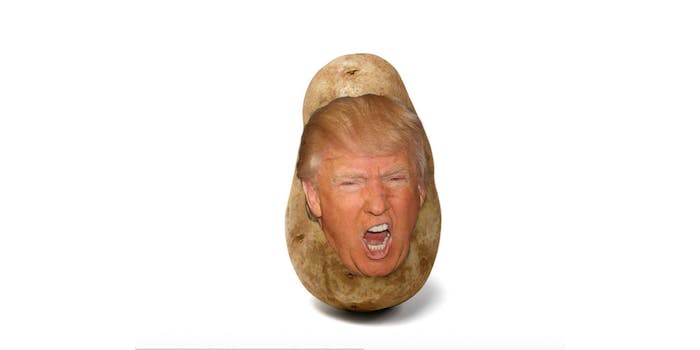 It appears that many people can benefit from a Donald Trump presidency, including the potato messaging industrial complex.

Yep, there are countless sites willing to take your money, sharpie up a perfectly good spud, and send it on its way. But only one has the Trumptato. 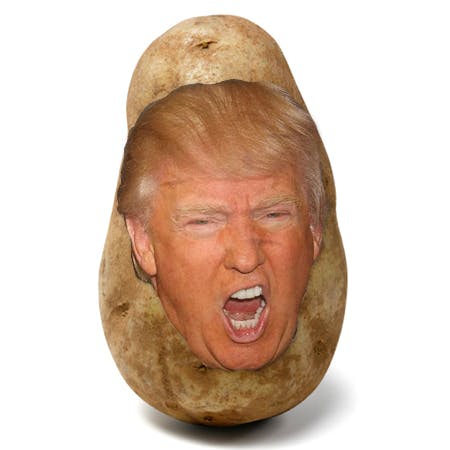 For $14.99, Potato Parcel (of… Shark Tank fame?!) will slap the likeness of our president-elect on a potato, along with a custom message. You could have Trump shouting whatever you want from the tuber or simply let his visage do the talking.

So far the only review of the Trumptato appears to be mocking MAGA and using Trump’s very distinct patois to talk about how it’s the “best potato in the market, believe me!” Which it very well could be!

Then again, it’s a whole lot harder to fuck up a potato than it is to fuck up a country. Just please don’t eat these Cheeto Jesus-branded taters in an effort to absorb the Donald’s manna or something. Even Potato Parcel says it’s a bad idea, and those folks Sharpie potatoes for a living.