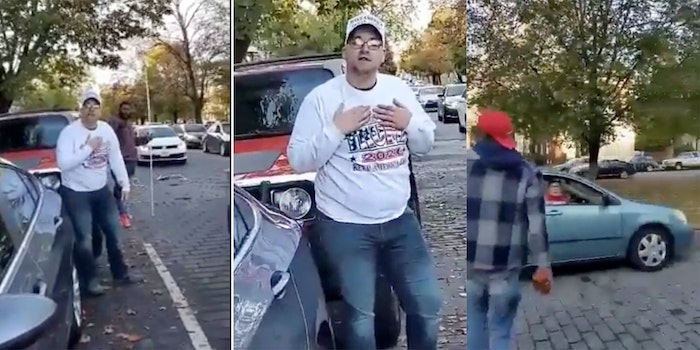 A confrontation between a white Trump supporter who allegedly brandished a gun and a Black man recording the incident—possibly part of a “Trump Train” rally in Richmond, Va. on Sunday—was shared on Reddit on Monday. The video highlighted tensions surrounding Tuesday’s presidential election.