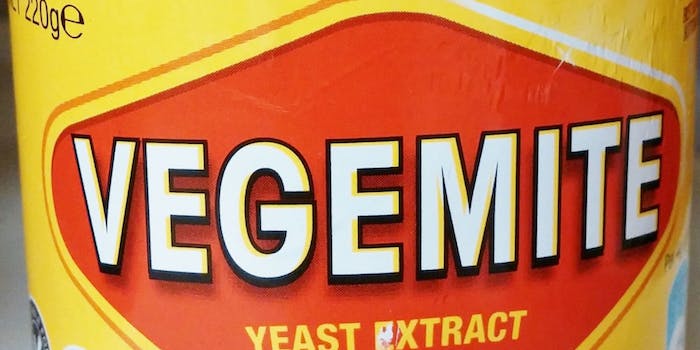 'Is he trying to cure coronavirus with Vegemite?'

Once again, the exotic yeast spread Vegemite is a topic of debate on Twitter.

Tom Hanks tweeted to thank his “helpers” Sunday as he and his wife Rita Wilson are under voluntary quarantine.

After sharing a photo of his breakfast of Vegemite on toast, Hanks sparked some hot takes online. Some say he used way too much, others the perfect amount. There’s also a third party questioning why he’s eating it at all.

In the first camp are people applauding his “Vegemite game.”

The party of “that is far too much Vegemite” has resorted to references of his film career.

“Tom’s lathering on that Vegemite like he is about to be banished to that island with Wilson for another 5 years,” Australian athlete @DylanAlcott wrote in a tweet.

Castaway and Saving Private Ryan are popular for these purposes.

“Braver: Tom Hanks’s character in Saving Private Ryan, or coronavirus-riddled Tom Hanks about to take a bite of toast that’s had Vegemite smeared on it with a trowel?” Twitter user @stevesmithffx wrote.

Others noted that the amount of Vegemite he slathered on the bread might make him uncomfortable.

“Okay you need to scrape around 60% of that Vegemite off, otherwise it’s gonna be nasty and hurt your mouth friend,” Twitter user @AmyThunig wrote.

With Hanks and his wife Rita Wilson testing positive for coronavirus, of course, it has a presence in the jokes.

“Cripes, we’ve given him coronavirus *and* Vegemite,” @GrogsGamut wrote in a tweet.