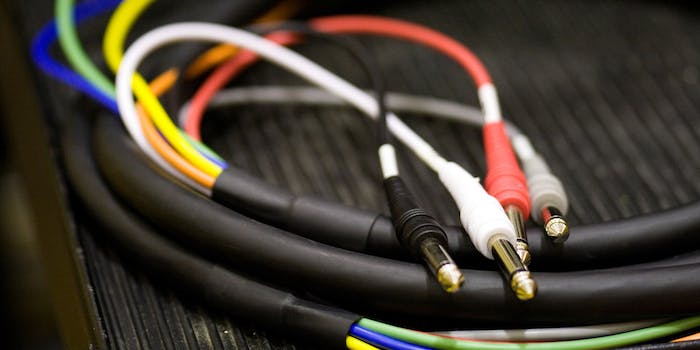 7 reasons Time Warner Cable is even worse than Comcast

The threatened Comcast–Time Warner Cable merger may not come to pass, which has many of us breathing with relief at the thought that we’ve at least temporarily defeated what could be a two-headed dragon of horrific cable service.

But it still leaves Comcast and Time Warner facing down in the ring for the prize of worst company in America. Comcast recently went for a sharp uppercut by calling a customer an “a**hole” on a bill, but what will its rival come back with? It’s America’s most competitive race to the bottom, and there’s more than ample evidence Time Warner may be winning.

While Comcast may be infamous for its poor customer service and product implementation, Time Warner is actually even worse, ranking two spots higher in a 2013 Business Insider list of America’s most hated. (They also had the worst TV and telephone services.) And we can expect the company to keep going downhill, if past performance is an indicator. Given that, Comcast might want to reconsider its enthusiasm for the threatened merger between the two firms, as Time Warner could turn into the albatross that haunts Comcast’s neck.

2) Customers are over the rate increase game

There’s a reason consumers hate TV and Internet providers even more than airlines, who used to dominate the bottom of the barrel in the world of customer satisfaction ratings. Both TV and Internet companies have a habit of increasing their prices repeatedly and without warning, sometimes in the form of growing fees tacked on to the base rate, which allows them to maintain the fiction that they’re keeping rates the same. They cloud the waters even more with confusing billing practices that make it even harder to tell what’s going on—and dealing with customer service to sort bills out can be quite a memorable experience.

The FCC reports that rates for basic cable have risen at four times the rate of inflation, illustrating why many consumers view the industry as money-grubbing. This isn’t a recent phenomenon, either—detailed analysis shows the issue has been ongoing for almost two decades. If cable feels unreasonably expensive to you, that’s because it is.

3) Poor connectivity and other service problems

If you want reliability, Time Warner Cable should definitely not be your first choice of cable providers. The firm has experienced multiple widespread outages in addition to errors on display menus that leave customers frustrated when they try to get information about television programming. Additionally, Internet speeds do not always perform as advertised, creating ire among customers who want to get what they pay for; analysis reveals that Time Warner generally delivers at one to two percent below claimed speeds, depending on the region. A fascinating breakdown of speeds by city is also an ominous look at the state of the Internet in America, including the stark urban/rural divide in broadband services.

For those relying on Internet service for work—and those who just want to watch a Netflix video without an ominous buffering notice—unreliable service can be nightmarishly frustrating. Poor infrastructure and problems at regional hubs are often accountable, with nothing consumers can do on their end to address slow speeds and poor reliability. The next step might be calling customer service to get the problem sorted out, but good luck with that at Time Warner Cable.

Like rival Comcast, Time Warner is infamous for having a terrible call center with a byzantine phone menu, endless wait time, and dropped support calls. For those who do manage to get through to representatives, resolving issues can require hours, including multiple callbacks—and sometimes, mysteriously, information from prior calls hasn’t been logged, forcing the consumer to start all over again. Scheduling service appointments is also a miserable process as appointment windows are often lengthy and they may be canceled and rescheduled without notice.

Moreover, many customers aren’t fans of the company’s website either, claiming that it’s difficult to navigate. The mocking voice that periodically interrupts the hold music to suggest that consumers get answers to their questions online seems almost designed to drive you over the edge when the website is largely useless, with information buried and impossible to find. The same confusing and misleading language that plagues bills and other communications is also true of the website, which can lead consumers in frustrating circles while they look for answers to basic questions.

David VanAmburg, Managing Director of the ACSI, explains why this is bad for Time Warner’s proposted merge, “There’s a consistent pattern of customer satisfaction dropping for one to two years after a merger. [Comcast and Time Warner] are really the worst of the worst of the companies in this space. Putting those two together, it’s hard to see how two negatives will create a positive.”

5) It’s their way or the highway

Lack of competition is a recurring problem in the telecommunications industry, with many regions in the U.S. forced to choose between two major carriers, who can effectively freely set whatever rates they please. These so-called duopolies would be even more exacerbated by a merger, incidentally. Meanwhile, Time Warner can rest confident in the fact that many of its customers effectively have no choice but to use them, so they can skip the niceties of customer service.

When customers have limited options, they lose out on competitive advantages like better services or more reasonable pricing, one concern raised during discussions about the Comcast-Time Warner merger. The companies defended concerns about potential market domination by suggesting that consumers could always use 3G and 4G networks as alternatives—neatly ignoring the fact that such data plans are prohibitively expensive and plagued with their own reliability issues.

6) Remember that time CBS and Time Warner had a slapfight?

Time Warner does, since it lost some 306,000 subscribers over it, nearly three percent over a single quarter. It started with a dispute between the network and the cable provider during negotiations over retransmission fees—the rates paid by Time Warner for the rights to run CBS programming. The TV behemoth, which runs a variety of extremely popular programming including a wide range of sports, demanded a fee increase that the network refused to pay. Time Warner retaliated by dropping CBS for over a month, and subscribers were infuriated—especially because they were missing out on prime sports season.

Time Warner was forced to cave when CBS noted that the fall television season was about to begin and the cable company stood to lose even more subscribers over the argument. In the end, it ended up with an even worse contract with CBS. However, the tense fight dominated the industry and trade magazines in addition to upsetting subscribers, who didn’t appreciate the reminder that Time Warner has nearly total control over the television programming delivered to their homes.

Or, more accurately, he lost the will to live after spending 36 hours in an attempt to establish a new account with the notorious company.

All I wanted to do was set up a new account with @TWCable_NYC but 36hrs later I've lost the will to live.

Captain Picard may be able to take on any enemy that’s ever been unwise enough to tackle the Enterprise, but even he had to throw up his hands in the face of this one. After he took it to Twitter, some wise customer service representative reached out. By then, it was too late and the captain had already had his fill; despite their best efforts, the firm was left with quite the PR problem and a somewhat inadequate response.

Time Warner’s downward spiral is quixotically paired with growing market penetration as it uses its clout to push out smaller firms and use duopolies to put the squeeze on consumers. While many are turning to cord cutting to dodge Time Warner’s problems as a cable provider, they still need to get their Internet services somewhere, and the firm stands ready and willing to frustrate them for the low low price of $54.99 for broadband services. Plus taxes and fees, of course.

Photo via Unhindered by Talent/Flickr (CC BY SA 2.0)