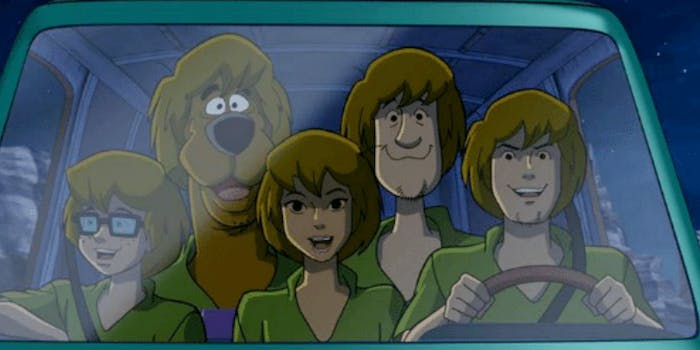 A lot of the memes predictably involve Hitler.

As no shortage of time travel films has undoubtedly taught us—from Back to the Future to the Butterfly Effect and even Hot Tub Time Machine—anything that gets changed in the past could have serious repercussions on the present. This concept is likewise the source of inspiration for a snarky new time traveler meme making its way around the internet.

The meme first originated on May 2 with the following image macro posted in the r/dankmemes subreddit by Reddit user Jacob_potatoes, according to Know Your Meme. Tackling a popular trope on the subject of time travel, the image depicts Adolf Hitler wearing a modern-day suit and holding an FBI badge, with an on-screen caption that reads: “Agent Hitler, FBI.”

“Time traveler: moves a chair / The Timeline,” states the caption, suggesting that the simple act of moving a chair led to a present-day in which the Nazi dictator is somehow alive, well, and an agent of the Federal Bureau of Investigations.

The post went on to gain over 92,000 points, and quickly inspired imitations of the time traveler/timeline meme.

Many of the early variations likewise involved—you guessed it—Hilter, despite the fact that authoritarianism politics are already getting pretty dicey on our own timeline. One example of the time traveler meme even imagined former president Barack Obama as an apparent Hilter-loving member of the Nazi party. All from taking a walk!

Other examples of the meme thankfully veered away from authoritarian politics to riff on everything from a timeline where the Scooby gang was comprised of all Shaggies, to a reality where the player with the black pieces in chess goes first.

One popular example of the time traveler meme on Twitter imagines Lady Gaga as a Jojo Siwa-esque Nickelodeon star while Katy Perry collects Grammys by the armful.

Other examples joked about the Floyd Mayweather vs. Logan Paul fight, which somehow actually took place on our current timeline Sunday night—to the chagrin of many boxing fans.

Considering all of the dystopian absurdities on our current timeline, maybe we could use a time traveler to go back in time and move a chair. Things couldn’t seem to get much worse.

‘What they won for vs. what they should’ve won for’ highlights how great performances rarely win Oscars