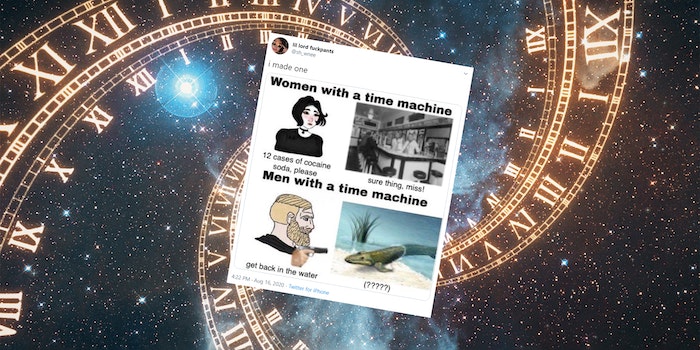 How would you use a time machine? These ‘men vs. women’ memes have disturbing answers

The results are hilarious—and occasionally sexist.

If you had a time machine, how would you use it? Would you give your teen self a pep talk, prevent the death of Harambe, or give Native Americans weapons to defeat Christopher Columbus?