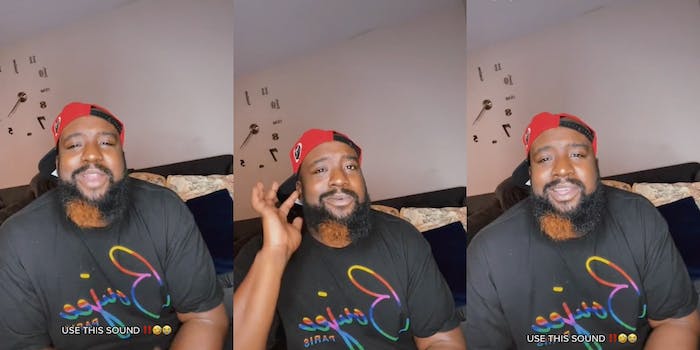 TikTok influencer Rory Teasley has reportedly died at 28 after being strangled by his boyfriend of 10 years during a fight over a video game.

The New York Post reported that Teasley’s boyfriend, Docquen Jovo Watkins, called the police just before midnight on Jan. 6 to report that the two had gotten into a fight and Teasley was now “sleeping” on a couch. When officers arrived at their apartment in Pontiac, a northern suburb of metro Detroit, Teasley was unconscious and not breathing.

He was pronounced dead after being taken to a hospital.

Watkins reportedly choked Teasley during an argument over the video game Overwatch. Watkins was charged with homicide and is being held without bond until a Jan. 18 court hearing for a probable cause interference.

Known as user @too2pump4tv on TikTok, Teasley described himself as “Everybody Gay Bestfriend” in his bio. He was famous for posting dance and comedy videos and gained a following of about 222,000 on the platform.

His most recent video on TikTok, which was posted the day he died, poked fun at the reality of approaching 30 years old.

In the wake of his death, fans have commented on the post, mourning the TikTok star.

“NOOOO I JUST HEARD HE PASSED,” one fan commented.

One user wrote, “The whole city is hurt but best believe justice will be served!!!! We luv you baby rest in power.”