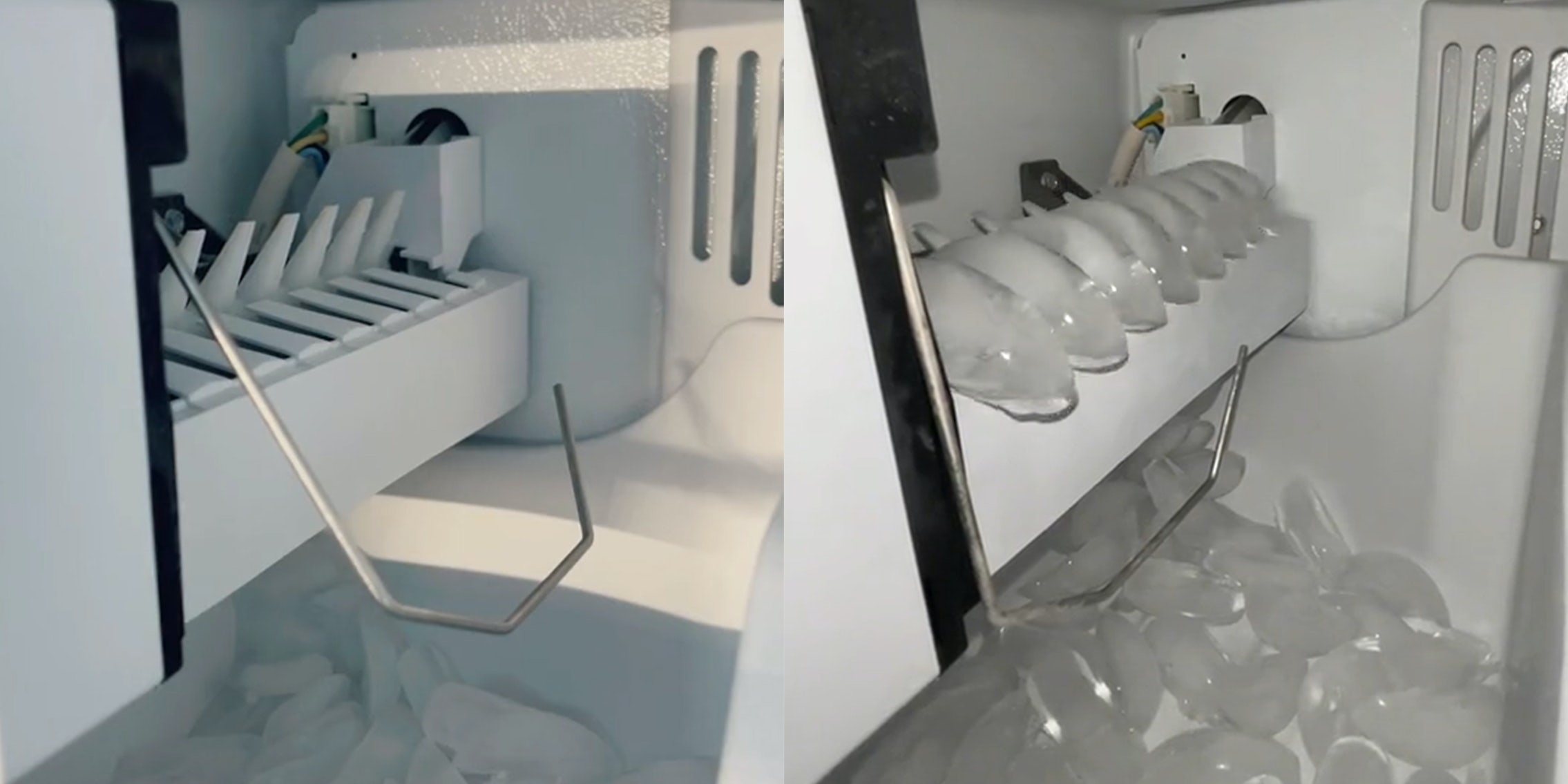 ‘I am releasing this footage against advice from my lawyers’: Viral video shows how freezer ice machine ice comes out

A Skrillex track plays, and the beat drops when the ice chips fall.

Apparently you can make anything look impressively dramatic if you choose the right background music. Even, as it turns out, a simple video of ice cubes dropping out of a freezer tray.

This TikTok filmed inside someone’s freezer is going shockingly viral this week. Posted by TikToker @broachart, it’s racked up more than 16 million views, showing a 13-second clip of oval ice chips inside an ice dispenser. A Skrillex track plays in the background, and the beat drops when the ice chips fall out.

I hope this reaches the target audience

Part of the reason for this TikTok’s popularity is because when you first watch it, it’s not entirely clear what you’re looking at. In the words of one commenter, “Thought this was a bedroom with a bunk bed at first.”

“Refrigerator laying it eggs,” another comment reads. “nature is beautiful.”

The camera angle and the all-white color scheme makes the freezer look like the interior of a minimalist apartment, or maybe a spaceship. That’s why @broachart’s follow-up TikTok works so well, combining slow-motion ice machine footage with music from Hans Zimmer’s Interstellar score. It’s bizarrely majestic and hypnotic to watch.

You have questions. I have answers.

“I am releasing this footage against advice from my lawyers,” the caption reads, riffing on the idea that ice machines are top-secret technology. Commenters were spellbound, although some still had questions about the inner world of ice dispensers. Specifically: “BUT WHERE DOES IT COME FROM?”

The Daily Dot has reached out to @broachart via TikTok comment.