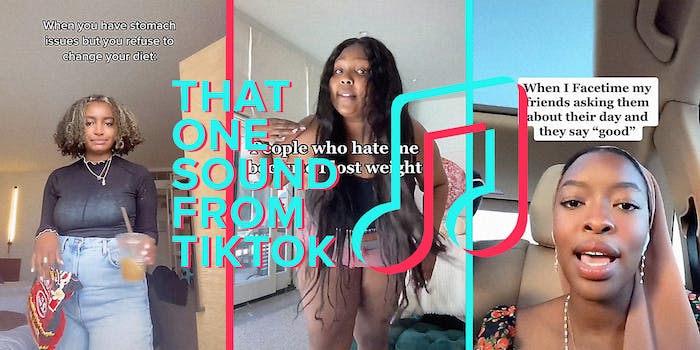 That One Sound on TikTok: ‘I don’t want peace. I want problems, always’

This week, we look into a piece of audio that is applicable to both the world of U.S. politics and astrological signs. This sound now starts playing internally when I scroll Twitter and see all the unnecessary conflict people stir up on a daily basis, and I thought about it a lot while watching Godzilla vs. Kong.

Let’s explore how a piece of dialogue from a 2017 Ghanaian remake of Mortal Kombat came to be so universally applicable.

The sound is a man declaring, “I don’t want peace. I want problems, always.” The original TikTok audio was posted in March, by the account zibo76, but the scene was already circulating outside of TikTok before that.

It found a groove: Lizzo used the sound in a recent TikTok about people being upset that she lost weight.

It was used to animate the Ever Given cargo ship that was, until recently, lodged in the Suez Canal, as well as our disappointment about the ship being freed. It calls out Geminis and Aries, as well as problematic printers.

The line appears in a 2017 adaptation of the Mortal Kombat game, from Ghana’s Kumawood scene. It’s spoken by Marsuel Hoppe, who plays Shao Kahn, the armored tyrant from the video game. Kumawood productions are typically low-budget and quickly produced. This applies to the remake, which is not without precedent: There was a Predator remake, too.

The film also features one of the most unnecessarily long shots I’ve ever seen and there is a trippy alternate reality fight sequence. But for the most part, it’s hard to discern what’s happening plot-wise so the costumes and fight scenes are key. John Tobias, Mortal Kombat‘s co-creator, gave the film a shout out in 2016.

HBO Max’s Mortal Kombat movie is finally set to come out this month, after being pushed back a week. But maybe watch this one first.