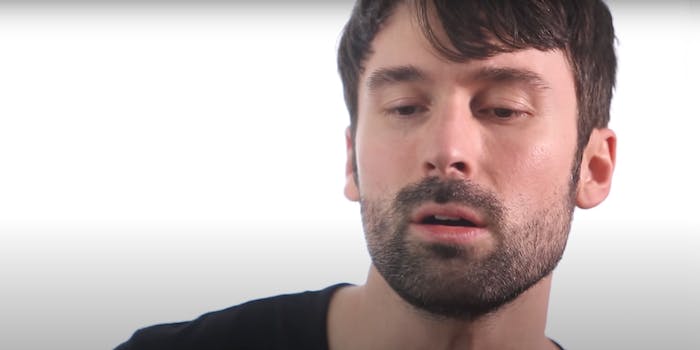 The latest TikTok meme is just a joke to many people, but to some, it’s a triggering reminder of childhood sexual abuse.

The meme, which several popular accounts have recently promoted, is a spinoff of boyfriend POV roleplaying TikToks. Most videos reference some sort of encounter with sexual undertones between a mother, father, and child. For example, many videos riff on the idea of kids walking in on “mommy and daddy” having sex.

The trend was apparently popularized by TikToker Jared Jones. Not long after the videos began spreading, many viewers announced they were grossed out and uncomfortable by the “daddy/daughter” subtext of certain TikToks.

A lot of the more popular examples have now been deleted or made private following backlash from viewers, including recording artist Absofacto. His song “Dissolve” appears on a lot of the daddy meme TikToks, and four days ago he asked TikTokers to “rescue it” by using the song for something else instead.

Then yesterday, Absofacto returned with a more serious message. In a tearful video, he said that survivors of childhood sexual abuse had contacted him saying they were triggered by the TikTok meme. He asked people to take down any daddy/daughter POV videos they still had on their accounts, regardless of what song was used in the background.

Absofacto blamed not only the users who refused to delete the videos but also the TikTok security team for not being more proactive.

This isn’t the first time a TikTok POV trend has been criticized for making light of a serious issue. A few months ago, some TikTokers faced backlash for posting videos from the perspective of domestic abuse victims. The videos did not discuss their own experiences. The videos were essentially roleplaying a domestic violence scenario.

Some argued that they were trying to raise awareness about domestic violence, but plenty of people found the videos triggering or simply counterproductive. Similarly, there was a recent trend where male TikTokers acted out scenes from the POV of “your abusive boyfriend.”