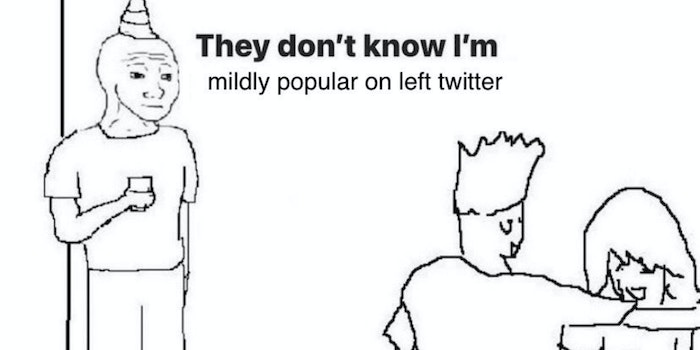 This meme doesn’t know how popular you are online

Being Extremely Online can be can a lonely and isolating lifestyle, at times. Maybe that dank meme you uploaded to Reddit got upvoted 32,000 times or you had a tweet that went somewhat viral—but that doesn’t mean squat in the real world. Recently, this sad phenomenon was captured in this “they don’t know,” or, “I wish I was home” meme that’s been circulating on the internet.