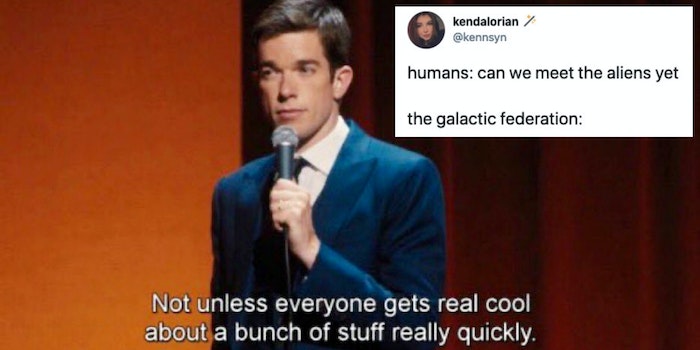 The human-extraterrestrial ‘Galactic Federation’ alliance has already become a meme

Naturally, our planet is at the butt of most of the jokes.

For decades, people have been fascinated by the idea of extraterrestrial life. Or, more specifically, if a vast government conspiracy has been covering up the existence of aliens and UFOs—so much so that last year, over one million people RVSP’ed to an event threatening to storm Area 51. (It did not go as planned.) But now, if a new report out of Israel is to be believed, not only is the United States aware of aliens, but they’ve been in contact with a so-called “Galactic Federation” of aliens for years.