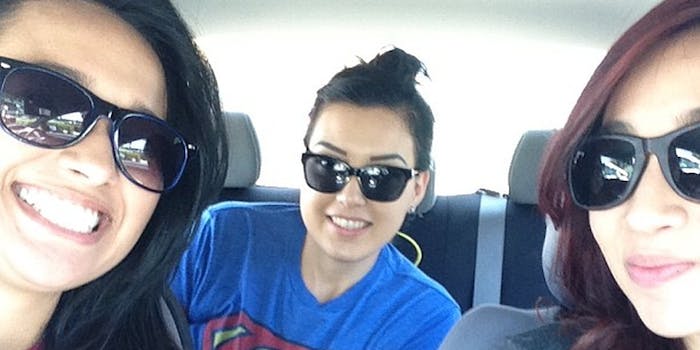 Teens are risking their necks bumming rides on Twitter

Tweeting requests for rides is part of the new sharing economy.

That’s where Earl Barkley of Atlanta turns when he sleeps in. “I tweet, ‘Can anyone give me a ride to school today? I’ll buy you breakfast.’ I’ve done it with strangers and I’ve done it with friends,” he told YouthRadio’s Bianca Brooks.

Teens have hitched rides for generations. But these days, they’re more likely to ask for a ride online than stick out a thumb on a busy road.

Brooks, a teen herself, only takes rides from people she knows, though many teens and young people hop into strangers’ cars. She says that using Facebook or Twitter is easier than calling around friends, since your posts are public and can even be made searchable with hashtags.

And when they need to get somewhere farther than school, Brooks suggested teens are turning to Craigslist, a much more dangerous option by any stretch of the imagination.

The report suggests teens don’t care about cars in the way kids of the ’70s did. They’re more interested in pooling resources and getting from point A to point B than decking out their own convertibles.

The car, Brooks argues, was a symbol of freedom for her mom’s generation. For her own generation, technology is the path to greater independence, affording teens access to more services while sharing the costs with their peers.