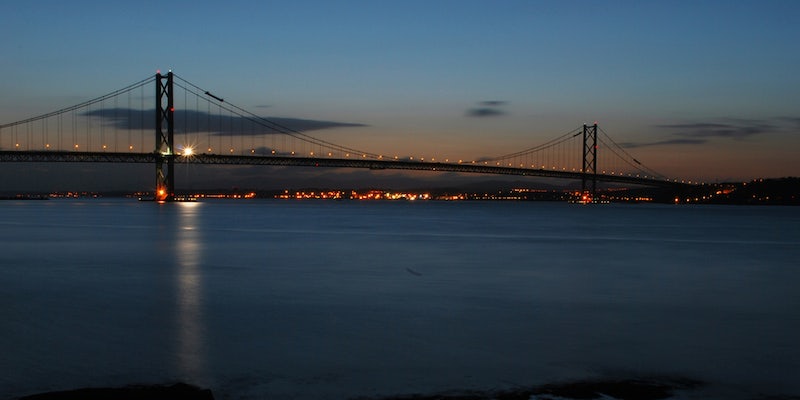 Blackmailers warned Daniel Perry he'd be "better off dead" if he didn't pay up.

In less than an hour, what was supposed to be an innocent Web chat turned deadly.

Daniel Perry, 17, believed he was simply chatting over webcam with a girl. But blackmailers jumped into the Skype chat; they warned Perry they’d share a recording of the conversation and that he’d be “better off dead” if he didn’t pay up.

Within an hour of the threat, he jumped from a bridge near his home in Dunfermline, Scotland. A lifeboat crew rescued Perry, but the apprentice mechanic died shortly afterwards. Police are investigating.

“Knowing [Perry] as I do, he has felt embarrassed, horrified and has thought he’s let everybody down,” said his mother, Nicola. She believes the blackmailers manipulated footage of him.

Bullies also targeted Perry on controversial Q&A site Ask.fm, urging him to take his own life. The site is at the heart of at least seven other teen suicide cases over the last year.

Indeed, Perry’s death is only the latest in a troubling trend in which teens feel suicide is their only option in the face of Internet shaming. Tormentors often trick children into posing naked or carrying out sex acts on webcams. They bully their victims into paying up or sending further compromising images if they don’t want family, friends, and classmates to know. One man blackmailed more than 100 people into committing sex acts on camera.

This month, 14-year-old English girl Hannah Smith took her own life after Ask.fm trolls implored her to “drink bleach.” Victims also include Jessica Laney and Anthony Stubbs, who both hanged themselves after receiving vile taunts.

Many other teens have committed suicide over webcam blackmailing and social media shaming. Two years after images of Rehtaeh Parsons leaked in the Nova Scotia school system, two men face charges of child pornography. Parsons died in April after her suicide attempt put her in a coma.

Perry’s mother hopes to visit schools and share her son’s story to help other teens avoid the same fate. “If I can stop this from happening to other young people, then I feel I’ll have done something for him,” she said.

H/T The Telegraph | Photo via duckydebs/Flickr