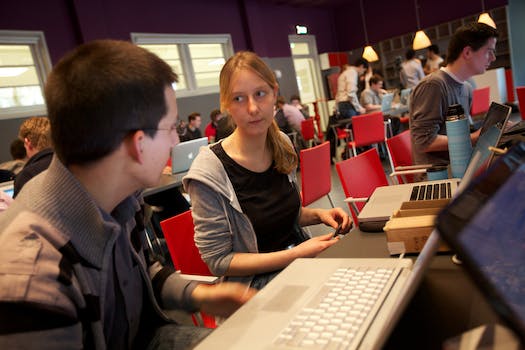 Can we stop blaming technology for killing our relationships?

Stop concern-trolling about how tech is ruining everything.

Can we officially call for a moratorium on thinkpieces about how technology is killing our ability to interact with one another?

I’ll even be generous and still allow for the occasional “Everyone at this table is looking down at their smartphones, goodbye, socialization!” op-ed, even though I maintain that we grumpy imagination-dwellers will always find a way to necessarily alienate ourselves from those around us no matter what hunk of paper/metal/plastic/carbonite you put in our hands.

And, yes, I myself have used social media to make an ass out of myself, so we can all acknowledge that I am maybe not the most objective when it comes to these topics.

But seriously, as someone who spent her formative years learning how to skirt AOL‘s Parental Controls, this perennial pearl-clutching about how we’re all going to die fused to our screens and with our lower halves slowly deflating like dampened papier-mâché never fails to make me roll my eyes.

Take this coverage of a study from Harris Interactive, which states that a couple’s biggest complaint in their relationship was that the other person spent too much time “plugged in.” Naturally, it falls back on the old “technology is killing our relationships” chestnut, surprising absolutely no one.

You know the drill: All across the country, tens if not hundreds of dissatisfied dudes and ladies are left disconsolately jerkin’ it while their partner frantically taps away at their championship solitaire game, skin lit with an unearthly pallor by the screen in front of them. Cue pages upon pages of bemoaning our loss of sex by lantern on a buffalo pelt, et cetera. Meanwhile, condoms and dental dams still get sold, so clearly a few brave souls are overcoming. Whatever.

But it’s not just the sexy aspect of this supposed compu-demic that bugs me. It’s the notion that technology—specifically speaking, the Internet—has absolutely no role to play in the formation of meaningful relationships, platonic or otherwise.

I’m not only talking about Internet friends, though as we all know, those magical digital unicorns are often equally as important to us as people we meet in line at the Save-Mart. (I’ve actually only recently started to make friends online whom I’m probably unlikely to meet soon in person, and it still feels exciting and surreal, like I’m Living In The Future!)

I’m saying that had it not been for the ready presence of the Internet, a hell of a lot of my closest friendships would look dramatically different.

Take my best guy friend. Had he not e-stalked me down after I told a mutual Facebook friend that she vaguely resembled Sheri Rene Scott (thereby weirding her out forever), we probably still would have met in the bio lab we happened to share our first semester in college. But we wouldn’t have spent the two months before freshman year trading AIM messages about my trip to England with my grandma and his summer at Broadway camp, and I wouldn’t have had anyone to text “I’m nervous :/” to the day I got on my flight across the country.

And most of all, he would have never caught my eye across a packed freshman quad two nights before class and screamed “KAT?!” as we both dashed away from our befuddled new dorm friends to hug each other frantically. Sometimes it makes me genuinely sad to imagine the alternate Internet-less universe where we just give each other the nod across a crowded lab classroom and then never speak to each other again.

Lest that’s too close to the “Internet friendship” model, I’ll use another example. Another of my best friends and I became close in the so-called “traditional” college way: We lived in the same dorm our freshman year, had the same given first name, and were both vaguely interested in failing out of hard science classes and drinking a lot of peppermint schnapps.

A lot of it was due to the ensuing increase in communication, which is what most people cite as one of the Internet’s greatest strengths in relationship-makers. And, to be sure, now that she and I are living basically across the world from each other, having the other basically within a minute’s reach through our various shared social media is pretty invaluable.

But a lot of my fondest memories with her are of the two of us sacked out on our disgusting couch in silence, both of us on our computers, my feet tucked up under her thigh and her curled into a giant hoodie. Occasionally, we’d both burst out laughing at the same time at a story snippet I’d IMed her or a photo of Tom Hardy she’d tagged me in on Facebook.

More often, we’d be reading the exact same article that one of us had sent the other, usually about Middle Eastern politics (her) or gender theory (me). She’d shift irritably, starting, “OK, but—“

“Yes, yes, OK, I’m sending you this other thing, then we can discuss it.”

And then silence again.

I’m sure it was totally obnoxious to onlookers, but there was something incredibly cozy about it. At the time, it didn’t feel individually isolating at all; in fact, it felt sort of intimate. At this moment, you could be the only people straddling these two dimensions in this way: both the public, seemingly boundary-free digital one, and the limited, personalized real-life interaction of two people who enjoy each other’s company.

It’s as if the Internet is a ball humming with static electricity—as long as you’re both touching it when you’re holding hands, neither of you feels like you’ve been shocked.

This hasn’t just been the case with her, though I think she was one of the first. A lot of my real-life friends spend a strange amount of time together just idly grazing the Internet, the same way a lot of us read together or smoke cigarettes together or, hell, watch a movie together. It’s the same feeling of easy, quiet togetherness, and acting like one activity is some kind of recipe for social disaster while the others aren’t is a fallacy of the most unnecessary order.

When people use the Internet as a justification for their romantic or platonic relationships failing, I think it’s usually the same problem as it always is: that someone is behaving like a selfish dickbag, or someone else isn’t adequately conveying their feelings, or that both of them have been using Claymations of the Hustle to try to illustrate their dissatisfaction in the sack. If it weren’t the Internet, it’d be video games or romance novels or elaborate origami parrots or any other hobby that could be potentially divisive if given enough disproportionate interest.

But I suppose studies about how “lack of open communication affects relationships” probably don’t get a whole lot of funding.