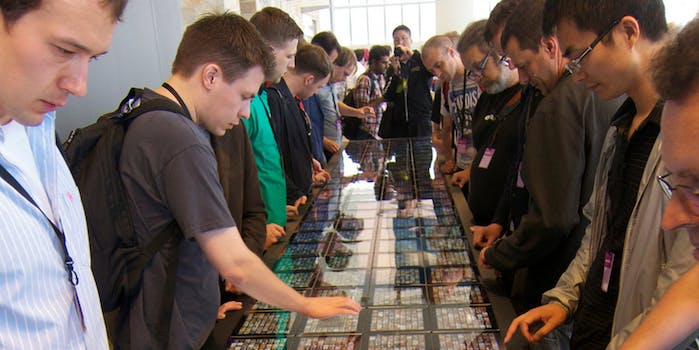 Are we teetering on the edge of an app bubble?

When Taco Bell releases an app, you know the end is nigh.

An economic bubble refers to swift growth leading up to jarring deflation. In modern technology, the most notorious and devastating example of this has to be that of the dot com bubble. With the rapidly expanding potential of the Internet, company after company sprung up during the bubble’s beginning, hoping to capitalize on the boom in Web-based businesses. Then, when the bubble eventually burst, many of these companies went away, failing in spectacular fashion.

Today, it feels as if we’re on the verge of a new tech bubble. Whether or not this bubble will collapse or stabilize and cease to be a bubble altogether remains to be seen. But if there’s one sector of technology where the constant growth seems almost unsustainable, it has to be the mobile app market.

Fast Company’s Aaron Shapiro observed all the way back in 2010, “My app library—littered with exactly 87 apps I used once and never touched again—now reminds me of a graveyard of defunct company logos from the dot com boom. Like the go-go days of 1999 when everyone had to have a Web site, today everyone wants an app.”

Shapiro’s words ring as true if not truer today than they first did four years ago. Take this week’s announcement that Taco Bell has launched a mobile app. As TechCrunch snarkily reports, “This is great, because sometimes saying ‘Two tacos, please’ and waiting 19 seconds is way, way too much work. Oh, and good news for the sober folk: food ordered via the mobile app can be picked up through the drive-through. They’ve eliminated the need to get out of the car; they’ve mostly eliminated the need to speak to anyone.”

The review isn’t completely sarcastic, however. “All ribbing aside,” writes the site’s Greg Kumparak, “this is undoubtedly going to be the norm at fast food chains within the next few years, so points to Taco Bell for getting in there early. McDonald’s reportedly has a mobile ordering app in the works, so they beat ol’ Ronald to the punch here.”

In fairness to Taco Bell, its app does make sense from a business standpoint, and outpacing other fast food giants is no small accomplishment for the chain. And yet, this news still reinforces the growing pointlessness of app culture as a whole. Like Kumparak points out, you’re not really saving more than a few seconds at a time, which, unless you got to Taco Bell an inordinate amount, shouldn’t have major bearing on your daily life. And you have to go through the drive-though regardless.

With app development at an all-time high, it’s logical to question how many offerings like the Taco Bell app the market can sustain, and what the larger implications of the app boom mean for technology as a whole.

The problem with the rise of apps is the same problem inherent in all of modern technology: It’s the push and pull of figuring out if technology intended to make our lives easier does so, or if it actually does the exact opposite. Anyone with a smartphone knows this struggle. Something as simple as email can leave you overwhelmed, and the ability to constantly check it while you’re on the go (though in theory, a luxury) is at often more oppressive than helpful. Add to this ever-growing concerns over whether our reliance on technology will lead to a world of addicted zombies, dumbed-down by the conditioning of little black rectangles we rely on for everything.

Alarmism aside, there does come a point where it’s worth pondering if we’re spending more time using technological shortcuts than if we eschewed the digital route altogether. This is where apps come in. Since Apple first launched the “There’s an app for that” ad campaign, the concept of there being an app for everything has only moved farther away from being a joke, and closer toward becoming a reality. But when does an app become more hassle than it’s worth? To use the Taco Bell app, you have to set up an account, find a store location, and then go to said store, like you would’ve in the first place. The feature that allows you to customize your food, on the other hand is an added novelty, but again, it all comes down to saving you a few measly seconds.

There’s an excellent illustration of this in the first season of HBO’s Silicon Valley, wherein lead character Richard attempts to buy a margarita machine. After finding out that Richard works for a hot startup company, an employee at the store he’s in proceeds to pitch him an app that locates your car in the parking lot you left it in. Richard responds by asking why you wouldn’t just write down the section of the parking lot where you left your car to begin with.

Now, as anyone who’s ever been lost in a parking lot or garage knows, finding your way back to you car can be a colossal pain, especially if you’ve left it in one of those large, maze-like structures attached to shopping malls and megastores. But the solution of simply writing where you parked down as to remember for later is so obvious that an app to help you do this wouldn’t only be a waste of time and money, it would be a waste of common sense. If you can’t remember to use your basic intellect to write down where you parked, that’s on you. Sure, we’ve all done it, but there’s a difference between using technology to make life simpler and an over-correction that lowers the bar for everybody.

Then there are those apps that would be useful were they not superfluous based on other apps which already perform the same function. For instance the Seamless app, a partner with GrubHub, helps you locate and order food from nearby restaurants. But this hasn’t stopped various restaurants from creating their own delivery/take-out apps, just to look technologically hip and relevant. The Taco Bell app actually makes more sense in this light, since they are a chain. But for non-fast food restaurants, the implementation of apps is pure overkill. Is it nice to have options? Yes, sometimes. But when you already have an app that facilitates food pickup and delivery under one umbrella, why waste space downloading more that do the same thing but for only one restaurant?

Even if the app bubble doesn’t burst due to an increasingly crowded marketplace, the future of app development is looking more and more unsustainable. The reason is simple: There isn’t enough money to go around. A study from technology research firm Gartner found that by 2018, less than .01 percent of of all mobile apps will be considered profitable.

This isn’t just bad news for mobile apps, it’s also indicative of more serious challenges for the greater technology sector. Network World’s Frederic Paul states that, “Despite continuing increases in the numbers of apps downloaded, the prognosis for monetization remains grim… Unless those apps’ ads can be replaced, or at least significantly augmented by ads for products that actually make money, this whole business is a house of cards propped by a stream of outside money that can’t last forever.” Paul also notes how this is affecting America’s tech giants, writing, “Until those problems are solved, and Facebook, Google, and their competitors figure out to sell cars and food and toothbrushes on mobile devices, it’s hard to see how the mobile ad boom is sustainable.”

Though there is data suggesting the mobile app market is about to become even bigger, this doesn’t change the fact that few people will be earning money from it, and eventually, many companies are going to bottom out. Granted, if the app market is a bubble, it’s still likely to have some victors. As Marcus Wohlsen at Wired put it, “the first dotcom bubble had a few big winners that have become internet-defining institutions—think Google, Amazon, eBay, and PayPal. The combined value of those companies today is more than a half trillion dollars. If today’s crop of potential internet IPOs contains three or four companies that have the potential to come even close, all the money spent chasing them will some day look like pocket change.”

Wohlsen is right, but nevertheless, the mobile app boom is dangerous. Only a fraction of the companies in the midst of it are going to make a profit, and chances seem excellent that the rest will not emerge unscathed. And once your company is busted, you’re pretty much done—sadly, there isn’t an app for that.

Photo via Phil Aaronson/Flickr (CC BY 2.0)